Supposedly the screen layers are delaminating.  In my case, it's there all the time.  Your case may just be starting and gets worse after the TV heats up.

As I mentioned on other posts, I and many other were promised one time out of warantee repair, but then got cancelled.

I'm having the same issue. This is far from ideal and it is the second issue I have had with the TV. The first time round there was an insect inside the tv panel and it took Samsung a long time to engage with me.

This time around it's the backlight issue in exactly the same place as the other posters on this discussion item. I have called Samsung on the phone and there doesn't seem to be much engagement after that. The interesting thing is with a couple of power resets the issue will go away. I have been told a CAL data restore will rectify the issue but it will ALWAYS return when the set is powered down and back up. Which is a bit useless.

Samsung here I won't be purchasing another one of their sets.

Can anyone help or has anyone had something that was a bit more intermittent than permanent?Also reaching out to Samsung, any help would be greatly appreciated!

I am experiencing the same issue

I see 2 darker shadows, different widths and cover almost half the width of the tv. Followed all the troubleshooting but none help.

This is very disappointing since this samsung tv is less than 2 years old. My other LG TV  lasted for more than 8 years. If this is a known problem why hasnt samsung fixed it yet and why does it only start after the 1 year warranty expires ????

I just got the same problem with a UN65KS8500.  This is so prominent that we can constantly see it regardless of what we are watching. I am not sure what the process to fix this is since online it says the TV is out of warranty. Please help. 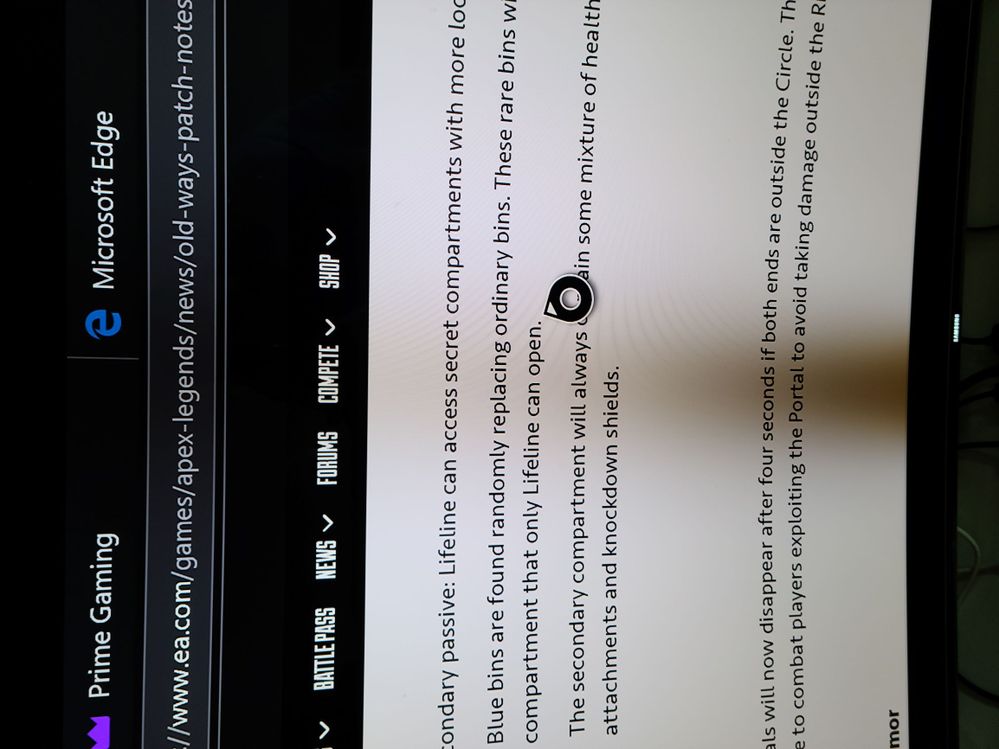 I have had my 55 inch samsung 4k curved tv for a year, I paid 1,000 dollars for it. I experienced the dark shadow issue and they sent a repair man out to fix it. He replaced the entire panel with a brand new one. Before he left my house the tv went out on the opposite side, samsung edge lighting tvs are trash and I'll never buy one again, this is a nightmare and I hope a lawsuit gets started over this scam. My last tv is 12 year old jvc and works just fine

All of these televisions have been affected by the typical dark vertical shadowing defect that is present on samsung budget - mid range LCD tvs from 2016 - onwards. It's extremely common and generally happens between 12-18 months of the tv's lifecycle.

Unfortunately it requires a full screen replacement. However, even if it is replaced, it will likely fail again in 12-18 months as it is a defect rather than a per panel problem.

Another thread with 11 pages of the same issue:

My UN65K800DFXZA tv is about 3 years old and has developed faint gray shadows that rise from about 7-8 points along the bottom of the screen. I've checked to be sure my firmware is current and I'm having the problem from various video sources. What could the problem be?

So I'm also having this issue but the shadow is on the right side of the screen. I'm in Canada and the customer service reps don't admit that there's an issue even though there is this thread. I've also contacted the service provider that they asked me to contact and they said that all panels and led strips have been out of stock and are no longer available. So basically even if i wanted the panel replaced i can't do it because they don't make the panels anymore. And they will not do anything. My only option is to buy another TV. My TV is out of warranty. It is now a ruined TV that didn't last 4 years. Will never buy Samsung again.

wow, I have a shadow down the center of my tv. what is happening. how to get this fixed?
0 Likes
Share
Reply
Reply
Loading...
Highlighted

I watched last night as a vertical strip of my backlight flickered and then went out on my ks8000 65” set.

Is it true that panels are no longer available for repair? And if they are, has anyone had success in getting their tv repaired by samsung recently?

I'm buying an 82-85" soon but since this issue seems so common, I may look to other brands of samsung isn't supporting their customers on this.