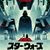 4k, 8k and Other TVs
I'm getting HDR compatibility issues after my Q80T auto updated to 1460.9. On my Xbox Series X I could run 120hz (and VRR) and HDR with no issues, but with this new update HDR will not activate for any games unless I force my Xbox to run at 60hz. PS5 is also not allowing HDR content when 120hz is enabled.
Running HDR apps like Netflix off the console aren't impacted, likely because they run under 60hz.
I don't want to sit on my flagship model tv that advertised all these new game features and then not be able to use HDR with any of the new features. I'm just looking for this issue to be acknowledged that a fix is being worked on or even being looked at.
0 Likes
Share
Reply
1 Reply

This was just recently fixed!! Just update your PS5 software and then you’ll be able to run 4K@120 with HDR enabled!