I am currently in the middle of a customer service nightmare with Samsung. I have a KS8000 55-inch from 2016 that is out of warranty. I have the vertical blue/green lines that many other people are seeing.

I PM'd the Samsung support folks on here with my serial/model, they gave me a once-time allowance to cover parts & labor for my TV.

Then, I got an email that the service request was cancelled. I called support about it, and was told they cancelled it because there are no Samsung service centers in my area. So, I asked them what my next move should be. They said I could find a "certified" repair shop in my area to do the repairs, and Samsung would cover it. I wanted to clarify this, so I called back and spoke to another rep. He said that it didn't have to be Samsung certified, just a "certified" business - "you know so you can't have your cousin try to fix it".

So, I found a repair place. I paid them $150 to come out and diagnose the TV. They took the TV with them, and found that the screen is bad and needs to be replaced. They would charge ~$1200 to do this, more than the cost of a new equivalent TV.

I called Samsung back to tell them about this, and they said that the last 2 people I spoke with were mistaken, and that this was not their policy. The rep asked me for another area they could look for a repair shop, and I gave them the ZIP code where my office normally is, about 40 minutes away. He said that there is a Samsung repair center in that area, so if I could just take my TV there, Samsung would then take care of it. Of course, I don't have my TV and I've already paid $150 for someone to come and diagnose it. So, they sent me to case management, where I re-stated all of the above. They told me I'd have an answer back in about 2 business days. That was last Wednesday (today is Tuesday). I hadn't heard back from them at all, so I called them back.

I reached 1st level support quickly, gave her my ticket number, and she put me on hold for 10 minutes or so. Then, she transferred me to case management. I was on hold for 75 minutes, someone picked up, and then couldn't hear me. So he dropped the call.

I called back, was transferred to case management again, put on hold for another 45 minutes, and then spoke to someone. The rep told me that there have been no updates and that if I don't hear back by, say, "middle of next week", then call back. She could not escalate any further, she said it's already escalated to the department above Case Management.

At this point, I am just extremely frustrated. It's really making me not want to consider purchasing any other Samsung products. We have purchased Samsung phones, and was looking at refridgerators & laundry equipment. After this ordeal, I don't think we will consider anything from Samsung in the future. 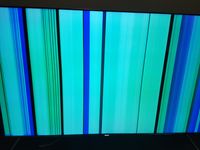 This is a perfect example of typical Samsung support, specifically for their television department.

You have done everything perfectly and should have recieved full coverage for your repair (AND the technician charge) because of the two CS you spoke to, and who also validated your information.

Once they found out how much it cost "oh... yeah... they were mistaken, (insert excuse a and then excuse b)" because trust me, they would get in a lot of trouble if they actually authorized a free repair with that price tag.

Samsung isn't interested in repairing your TV if its going to cost them an arm and a leg. They will do everything in their power to throw you in a loop of endless calls, callbacks and "elevations" so that you always feel like there is a glimmer of hope when in reality they are just stalling you for as long as possible.

I hate to say it but there probably isn't a happy ending here for you. There are countless stories of people who have recieved these so called "free out of warranty replacements" that have gone on to recieve the same phone call tag and worthless elevations and end up nowhere, all over the course of a few months.

In fact here is a story quite similar to yours, albeit a little longer and possibly even more frustrating:

In any case, Samsung is not going to repair most of the television sets because there is a massive number of defected models out there, mostly the panels overheating which in turn, ruins elements of the screen. It would cost them millions to repair all of the defected models that post here on the regular so this is how they deal with it instead.

Ultimately, I hope this works out for you and you get it fixed and they pay for it, because this would be the right thing to do. However being realistic I really don't think that's going to happen, and your best bet is to never, ever buy a Samsung television ever again.

Really starting to put Samsung on par with Comcast as far as their level of support. I was told by them I had to get this app to get help but I hardly ever see an official from Samsung actually respond to anything.
2 Likes
Share
Reply
Reply
Loading...
Highlighted

The problem is that even if you get a Samsung Mod to reply and offer you a "free out of warranty 1 time replacement", it ends up taking months and months of phone tag and customer service reps telling you that the other customer service rep you were talking to was incorrect and that they need to elevate it a step and call back in a week, etc etc etc.

It's a mess and it's meant to be a mess.

Older TV's from my childhood would still work if plugged in. Planned obsolence is a nightmare and I'm making sure to get a LG or Sony from now on. I will never purchase a Samsung again 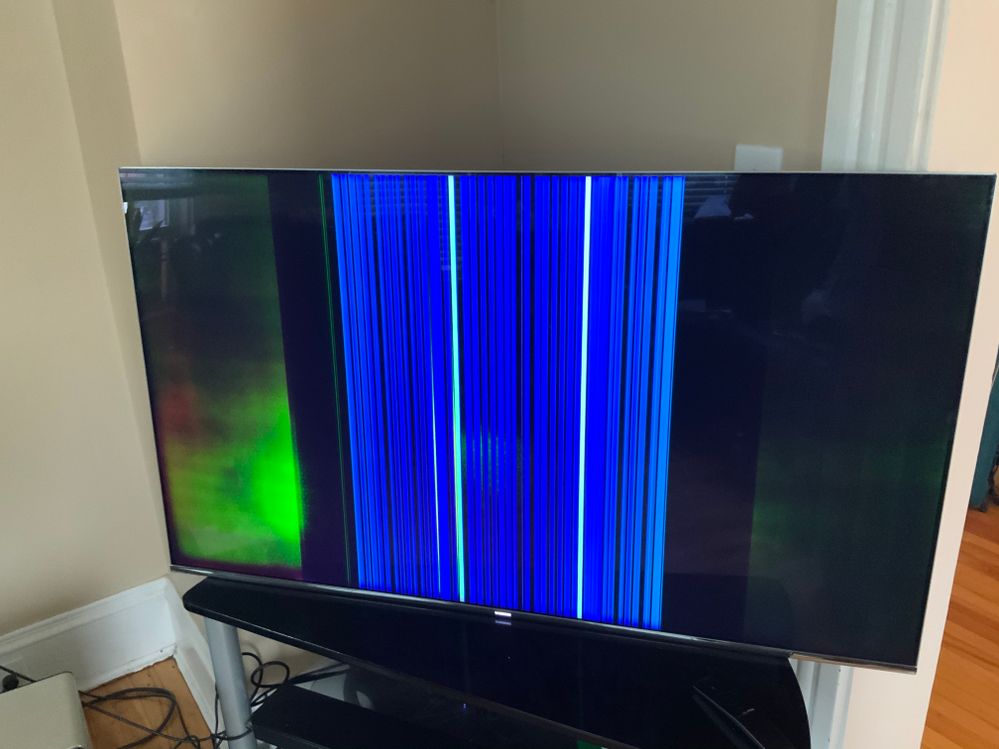 pretty much. My 11 year old Sony Bravia still looks perfect, and that's been through like 5 moves, and one time I smacked it against a wall. Thought it was going to def be broke, but nope, still works like the first day I bought it.

These Samsung sets break in under 2 years even if you never touch it after you put it on a wall or a stand. That's just how bad they are.