When I went to attach the hanging bracket to the back of the new TV I discovered that the mounting screw openings at the back of new set were bigger and wider than the screws I had for my current wall mount. I called Samsung Customer Service and I was told Samsung did that INTENTIONALLY so you would be forced to buy a proprietary wall mount from Samsung at about $150.00 That is such a rip-off. Samsung should be ashamed of itself and I will now go on Social Media and warn people of that Samsung Rip off if they are intending to purchase a new TV. Perhaps, suggest that they look for a brand other than Samsung that doesn't ripoff its customers. Shame on Samsung. ' Sneak Attack....' ;-)

I sincerely apologize for the confusion. The mount just needs to be VESA certified and it will work. Different models require different bolt threads but most VESA mount kits will have bolts that fit. 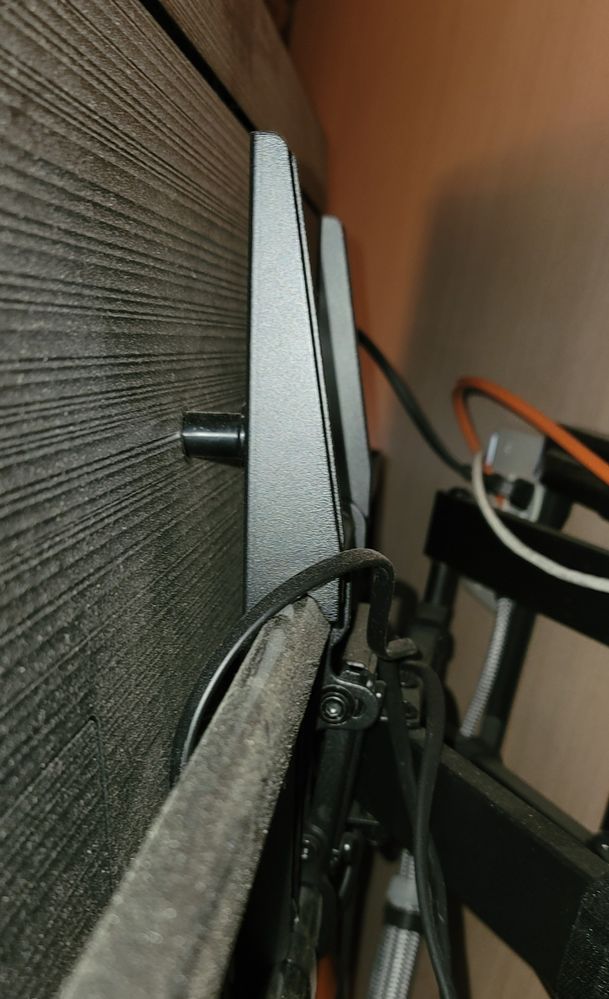