After the June update I am experiencing huge issues with my phone and it is completely unusable.

Video playback: When playing videos they are extremely laggy and unwatchable. It is like they are played at 0.2 speed. Sometimes I get 2-3 seconds normal playback and that it goes back to laggy and stuttering. Only a phone reset could fix the issue but after that it appears again after max 10-15 mins. This happens on all apps that I use (YouTube, Netflix, HBO max, Gallery, VLC player) on both local files and streamed from the internet. Once the issue appears it is presented across all apps.

Audio playback: Same as for video issue above.

Phone calls: When I received a call and pick up I can't here anything nor the person on the other side. Calling back sometimes works ok but most often not. Again only reset of the phone fixes the issue until it appears again after a short period.

This started happen after the June update was installed (after that the phone worked without issues). It is Exynos model.

Things that I tried:

- Set all of the apps that I tried to battery mode "Unrestricted".

- Cleared cache for all apps.

Does anybody have the same issue? Is there any solution for this? I think that I tried everything and the next thing that remains is to reflash the device with an older FW (before the June update) but I want to avoid that. 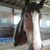 Android 12
My S21 has been freezing constantly since May, and I have to shut it off and turn it on. Unacceptable and so annoying. It doesn't matter what app I use either when it happens.
1 Like
Share
Reply

Android 12
How are you setting your phone up when you factory reset? Are you using Samsung Smart Switch or any other restoring from a backup whether it's Google or through Samsung? I would assume you are using some sort of backup or some form of importing your data, if you are I recommend factory resetting again, then clearing cache then repairing apps and set the phone up as a completely new device with no importing anything. You'll have to re download anything you want on the phone. This fixed my issues
0 Likes
Share
Reply

As I said I performed FR twice. The second time I didn't recover anything or even installed any apps. Just logged to my google account.

UPDATE: I also reflashed the FW using Odin and this also didn't fix the issue.

Android 12
File a warranty claim. You have a root level problem that you won't be able to fix. If clean flashing the OS didn't fix the issue it's beyond your repair. Especially after reflashing all partitions. Make Samsung take over from here man, that's my suggestion
0 Likes
Share
Reply

I seems that this is the only solution left. I just didn't wanted to be left without a phone for several weeks. Thank you nevertheless.

Android 12
Smh anyone else feel like upgrading to the s22 ultra from the note 20 ultra was a mistake? My unlocked note 20 ultra had little to no issues while my s22 ultra has myriads lol...
1 Like
Share
Reply

Android 12
Many people complaining about the June update. Most you can do is file an error report or call them.
2 Likes
Share
Reply