Android 12
For the A32 5G devices, an 'One UI 4 upgrade with Android 12' was first made available in May (and another coming up in June).
However I've noticed that so many people have been having problems with their devices afterwards I have issues with calls.
Each morning (after my programmed auto restart)- it happens. I may (or may not) be able to have 1 successful incoming/ougoing call. Afterwards, I can completely forget it until I manually restart my phone (which I shouldn't have to do since I literally have auto restart enabled). Either my call won't go through or connect (sometimes I'll see a 'Call not sent' error message), OR I can be on a call but I can't hear anything from the other person (sometimes vice versa), OR I won't get the call connect tone, OR I won't hear the tone that's supposed to go off while trying to get the other person to pick up, OR if I call someone who doesn't pick up, it'll just go silent until the voicemail prompt beep sounds, OR I get an 'Error: a network error has occurred' error message. If I try again without restarting, it's random what I'll encounter- it can be anything I've listed. I believe 'Phone' has also entirely crashed a few times as well.
I've already have been experiencing network issues (mainly with calls, then texts every now & then) due to my carrier/provider &/or my SIM (which I'm on my 2nd SIM, gratefully & thankfully free of charge), but clearly, it didn't help with that unfortunately, but has obviously made it worse.
There's also more problems that I've also encountered. The others build up into not actually having the Android 12 UI & hardly having any Android 12 features- mostly everything is still very much Android 11 (which I want Snow Cone now- I don't want Red Velvet anymore- better security, abilities, & performance are a must!).
There's another 'One UI 4 upgrade with Android 12' update coming in June, which I hope will be the answer to all A32 5G users' problems/issues. I know that there's quite a few that's disappointed &/or frustrated (which in all honesty, I was too until news of the next update came out), and some are ready to get rid of their A32 5Gs. But I personally believe that it would be wise to wait until the next upcoming update & go from there. As I've previously said, I hope it solves everyone's problems/issues- if not (which I really don't want to think about, in all honesty), hopefully they'll (somewhat) quickly add another component to it, as they've done from May to June. Let's all hope for the best for this one! Samsung, please let this be the answer!
Although this article was based around the A32 5G dillema(s), I also hope the same for all other devices as well!
Thanks for your time, take care!
3 Likes
Share
Reply
5 Replies

Android 12
Generally a restart would be a once a week or every couple weeks, with a larger device once a month. But I'd say that every day might be overkill for such a small device. Try just a day or two without restarting it and see what happens.
0 Likes
Share
Reply

Android 12
Sure, I'll give it a try. Thanks for the suggestion!
0 Likes
Share
Reply 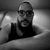 Android 12
My Fold3 will be off tomorrow after three days of unresolved connection issues. My unlocked, 512 Gb Fold3 will go from 5G to Edge to zero reception. Happened suddenly and without warning as of three days ago. I am with T Mobile USA. I even purchased a brand new SIM card, have been reset from the network, have completed factory data reset, spent two days trouble shooting with T Mobile, spent 1 day trouble shooting with Samsung. I even took my Fold3 in to UbreakIFix (terrible experience). My phone now has to be sent to Irvin, TX to their repair site completely wasting my time at UbreakIFix.

Anyhow, there is something going on with Samsung devices and reception issues. It occurred between April through March with the first update. Because I am working from home and mostly on my in home wifi, I did not notice if it were happening to me. Three days ago I came home from running errands with my wife to discover unsent text messages while my phone was stuck on Edge (2G). Something I have not seen in over a decade. Good luck.
0 Likes
Share
Reply

Android 12
I have an a32 5g unlocked from Samsung. I received the android 12 update on Friday. Having issues with the Google play store continually crashing and battery life seems to be lessened. Anyone have any fixes???
0 Likes
Share
Reply

Android 12
I'm actually thinking of getting an A32 just to test it out and possibly taking it apart to examine it more.
0 Likes
Share
Reply