Smart switch not working on Mac and android 12

Android 12
Been using smart switch for years to add files to my phone but upgraded to android 12 yesterday and now smart switch won't connect to my phone.
Any ideas?
0 Likes
Share
Reply
3 Replies

However, I managed to transfer files using Samsung DeX; it also works wireless too.

Same thing here in Windows 10 and Galaxy Xcover Pro. I have reinstalled the software on the PC and the Galaxy Xcover Pro, and it refuses to connect. You just get the constant "Connecting to Device" Screen on the PC and the Phone does nothing. I also uninstalled smart switch from the phone in hopes that the latest version of Windows Smart Switch would install onto the phone, but it just hangs at the install screen (see attached screen shot). Ususally when I have had problems in the past, it's because the PC has a different version of Smart Switch than the phone due to some "Upgrade" and this usually fixes it. USB file transfer is working just fine still (how I got the picture off the phone) and also it is not permissions, already check that. And yes, I'm connecting over USB. I'm wondering if Android Auto might be interfering? I just did a backup 2 weeks ago, so this is something new on May 5th 2022. Also this started BEFORE the Android 12 update (just updated last night AFTER the problem started thinking that might fix it - nope). It's not just one phone or one computer either, we've tried several Galaxy Xcover Pro (SM-G715U1) phones on several WIndows 10 laptops and it is definitely broken. There must have been an update in the last couple of weeks on the phones that broke it. Has anyone solved this yet? If Smart Switch is going away, then there's not much reason to stick with Samsung. It is one of the main reasons that I have stuck with Samsung - now if they only had a Linux version! Thanks in advance for any help! 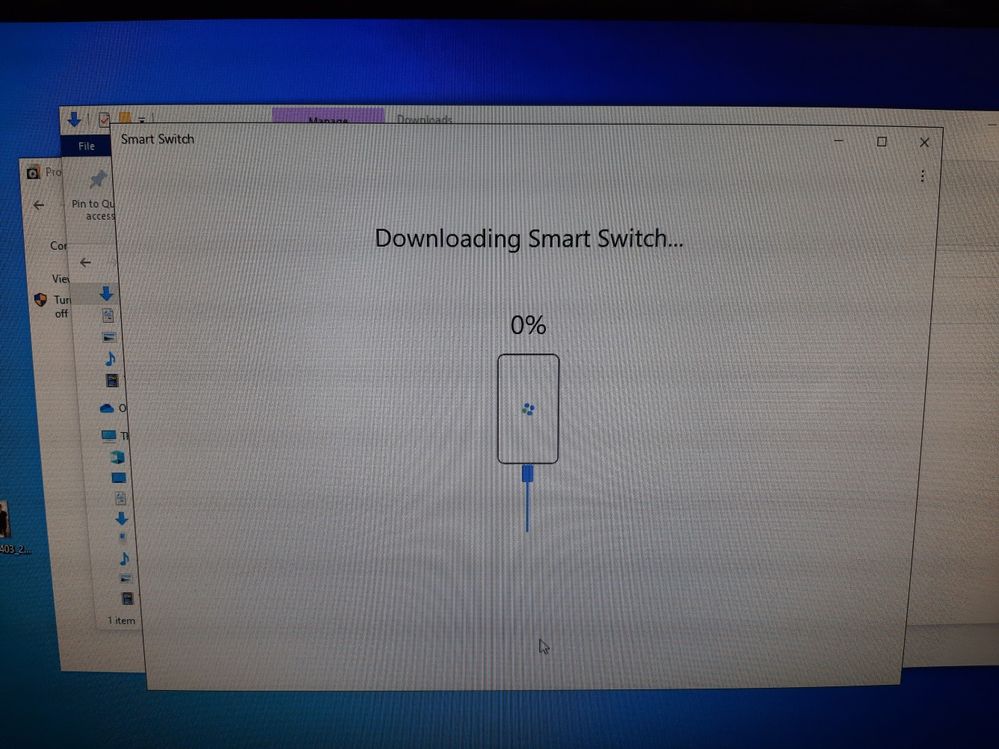