Click the bell icon on the upper right corner

Same here. Don't see a notification for it. I'm on Verizon and the phone is a Verizon version. I read online that VZW phones aren't eligible for the beta unless you flash a tmobile ROM. Is this true?

I am on at&t (s10e) and found out that verizon and at&t are not in the beta program.

Yoo need help getting the beta version of android 10. How do I get it 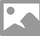 Check out the instructions here: https://us.community.samsung.com/t5/Galaxy-S10/%EF%B8%8F-Android-10-beta-sign-up-instructions/td-p/8...

Does anyone know when it's coming out for the S10? I really want to see it. I've been periodically checking this app and nothing.

I'm still waiting for Note 10 plus

I believe sometime in december ( this year)

The beta is out already, with the stable beta (that will work properly) coming out later this November, but if you're talking about the full release, I dont think it's coming out until the Samsung Galaxy S11 releases. Some people will not get the beta update, simply because a lot of people are signing up for the beta program and it is only limited to 15000 participants at a time. It should be more widespread once the stable beta comes out later this month.