Hey, I must have made a mistake installing since when I went to the bios to change the boot device priority from Sata 1 to Sata 2, everything was working properly. However when I went to install windows fresh using a bootable USB, I am stuck in a boot loop. Now when I enter the bios it detects my 1TB Hard drive, and my 256GB SSD, however it will not let me select either drive as a boot drive even though both have windows 10 installed. How can I get it so I can select either drive in the Bios?

I tried repairing windows, doesnt work, it just boots back to the USB media Windows 10 installer

I tried installing windows onto the SSD which overwrote the cloned operating system, still does not let me select it as a boot drive in the bios

I tried removing both drives, boot to bios to show that neither were connected, turned off and installed both, same problem with not being able to select them as a bootable drive. I've attached pictures to show the issue. 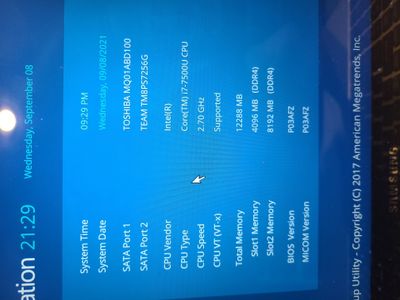 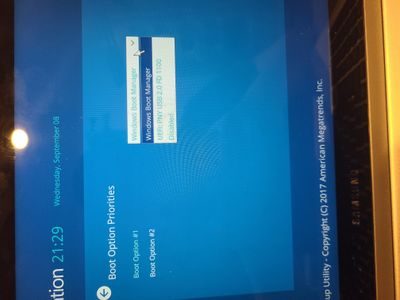