I bought a Samsung Notebook 9 in November, 2019, at Best Buy. It was a great laptop. I loved the touchscreen, S-Pen, and overall functionality of the laptop. But about a year-and-a-half later, the motherboard needed to be replaced.

From what I understand, the RAM failed. RAM should last MUCH longer than 1 1/2 years. When I submitted a request to Samsung, the only solution they offered was to replace the motherboard (and some other smaller parts) for $970.18!! That's more than the pre-tax price of the laptop when I bought it.

I was hoping for a good laptop, and my Samsung Notebook 9 was great, until it wasn't. When it failed, I resorted to using my 9-year-old, $400 Asus laptop, which the Samsung laptop was meant to replace. Thank goodness I kept my Asus laptop and that it still works! After an experience like this, I don't know if I'll ever buy from Samsung again.

Has anybody else had a similar issue? If so, were you able to resolve it? 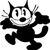 Computers
Well not with the notebook, but the Note 4 smart phone, I sent it in for repair, Samsung sent it back after I refuse theirs repairs cost, cheaper to buy another one, but as faith had it, the carrier lost it or samsung didn't sent it, took me six months plus before Samsung reimburse me where I could buy a replace, went with a LG, but later purchase another Note 4, which I still own today, thought about selling it a few times, but hadn't gotten a good offer for it, most possible buyers want it for ways less then it value I purchase a replacement battery for it, and that battery out last the battery that I currently have in this note 20, wish I could get the software upgraded I would return to using it, really love that phone, just can't get updates software
0 Likes
Share
Reply