However, flash forward to now and the write speeds have diminished significantly:

I am not the only one with this issue: https://www.techpowerup.com/forums/threads/getting-slow-nvme-write-speeds.274572/

This is not something I've done, this is an issue with the drive.

Any idea when this will be fixed or when a 980 Pro driver will be released? I don't mind as I see no difference in day to day usage, but I'd like to get the speeds I paid for.

I completed a new system build using an Asus Rog Strix x570F, AMD Ryzen 5 5600X and 4 x 8GB LPX DDR400 3600Mhz Memory, and installed the Samsung NvME in the 1st Slot . After the initial install of Win 10 64 bit, and the subsequent update to Ver 2004, the system was tested and everything was good, with expected write speed performance on the NVME Drive. 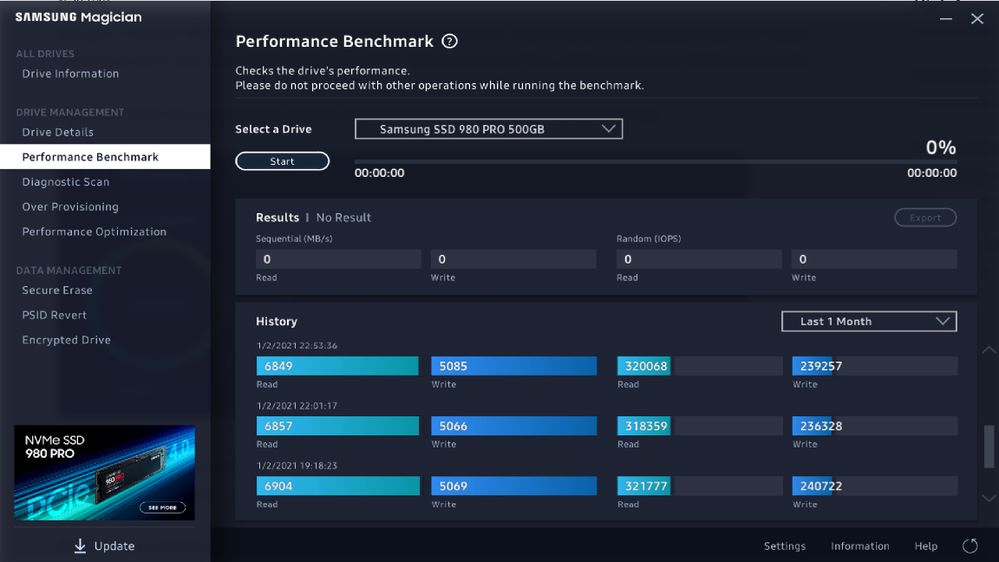 However after a short 3 weeks, on the 22nd/23rd of Jan, the write speeds on this drive have now dropped significantly. 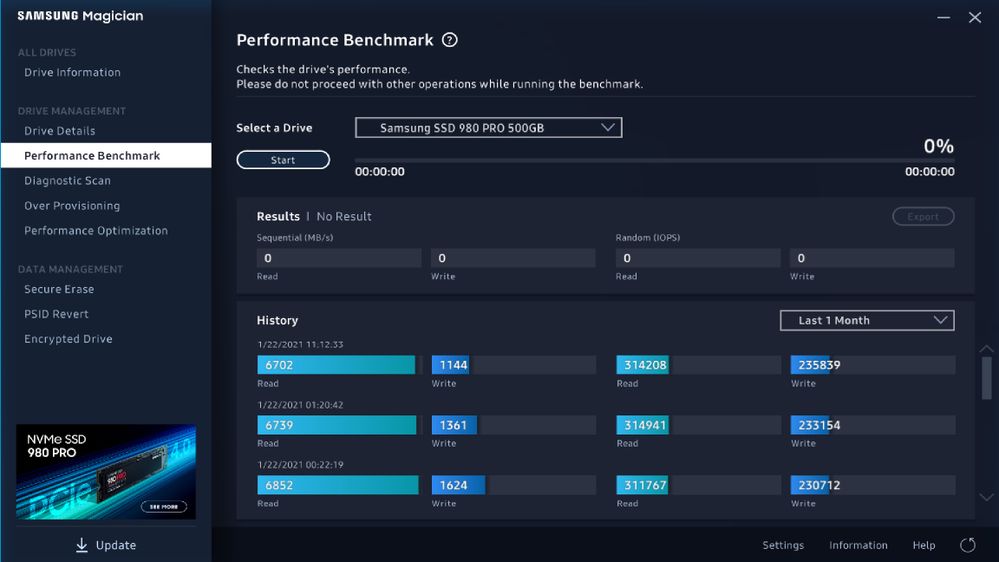 As suggested by the growing amount of other people who have the exact same problem with these drives, I waited for several hours with the PC at idle and retested the drive again, however this does nothing to restore the performance, and in my case appears to make the write speed get progressively slower.

I have all the latest chipset drivers installed, have trimmed the drive, enabled/disabled Win Write Cache option, and allocated 10% of OP, all to no effect.

The drive has been powered up and run daily since being built into the system, and has been used as the OS drive. The workloads have been very light with only desktop activities performed daily. Only one transfer of 120GB of data was written to the drive in the past 3 weeks, which was deleted shortly after. Windows Page File is disabled. There is 275GB of Free Space on the drive, and 46GB of OP.

This is not a temperature related issue.

I along with many others would appreciate an acknowledgement from Samsung regarding this now apparently wide spread performance issue, and we patiently wait for Samsung to address this matter with a suitable explanation, or a solution in the form of a driver or Firmware update.

Computers
Samsung conveniently wiped out the long post I drafted, so short version: Me too!!!! It's not our machines, it's the drives
Koop
koop@koop.codes
https:// koop.codes
1 Like
Share
Reply

Glad to see I'm not the only one.

I have the same issue!

Today I performed a benchmark but I see very bad write speed!

I how samsung fix it!

All my drivers are updated!