As my previous post stated it's been almost 24 hours since I left my Bluetooth off on my Galaxy S20+ and my phone isn't having any problems with the Google Play Store and downloading/updating apps. Also it seems as though my phone is moving faster than it was when I had BT on. Just before I went to bed I turned on my BT just to see what would happen if I tired to download an app and just like I suspected, the app began to download and then stalled just as the download was about to be completed. The update was 13mb in size so it wasn't large by any means. So I stopped the download, turned my Bluetooth back off and after a few moments I restarted the update on Google Play and it was completed within seconds. Also I should mention that I thought maybe there was a device that was connected via Bluetooth so I unpaired from all of them to see if that was what was affecting my phone. As far as I could tell no device was interfering with my Bluetooth and I was still unable to update apps with my Bluetooth on. Currently my Bluetooth is off and will remain off.
**I also had problems receiving notifications as they arrived. Now I get them on time with my Bluetooth off.
0 Likes
Share
Reply

Thank you for sharing your experience. Please send us an error report when you encounter another technical issue like this that doesn't get resolved. We appreciate your contribution to the Beta community. 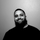 Such an odd bug. I am not experiencing this but glad you found what it was. Please be sure to submit an actual bug report so that Samsung can look into this.