Discussions
Okay, the third beta release for One UI 3.0 is noticably more fluid with navigation and in terms of the overall experience, but I am still experiencing lag throughout the UI when switching through apps or opening/closing certain ones (Uber, Google Maps, Game Launcher, Disney+, scrolling through notifications, and others) which I'm am not very pleased about. A bunch of bugs have been fixed but I would also like the point out more significant topics I would love to see resolved or implemented in future updates, coming from a long time Samsung user. Here are a few things I want to say. (Sorry, this is a long one, these sre just my opinions fyi)
ANIMATIONS
I also did notice some animation improvements which as I do advocate highly, so it's something I'm happy to see. But the smoothness of the animations feel, a little unpolished or not very clean, and some sequences of certain actions appear smoother than other animations (opening quick panel or closing an app do not feel consistant with animations of default appd liek calendar or clock, including when pressing the back button, it's not as smooth like 2.5, or sometimes the back button animation to your previous windows, seems like it cuts off immediately and it is not consistent. In fact, it feels like that animation just got dumped sometimes. Also, certain apps like the gallery and secure folder, the animations are not as fluid compared to something like closing or opening an app, I think the experience would be better if that was slightly enhanced! (e.g, opening an Album of photos)
I know the animations are not a huge aspect for the funtionality of a device, some people do not like it and it would have to put for strain on your phone to process and play out these animations but, if aesthetics & user experience are highly acknowleged and valued for what people want in a smartphone, I say, I supoort the idea of having smoother animations both at 60 and 120hz.
CONCERNS
I know that with every beta release up until the final version, things will get smoother and smoother. My concerns for this specific version are small but still worth noting. First of all, I've noticed that the front camera, especially on video, the quality looks worse? It looks there is a filter on it and even at 4k 60fps, it doesn't look as sharp. Also for some reason, at one point, my widgets disappared from my home pages. Hasn't happend in a few days, but it occured 2 days after installing this beta version. And then there's the usual small hiccups here and there throughout a regular day of phone usage which are fine. Battery life remains steady, and generally fine, not much withdrawals at least from what I've seen. But there is one thing that is very annoying. Whenever I have a third party app like Discord or Instagram, when I go to share an image or post something, it likes to keep my screenshots all at the very top of the list and I have to scroll down a certain amount of photos to find my recent pictures that are actually the recent ones in order, which should be at the very top instesd of my recent screenshots. Is that a new feature? Was that intentional? It feels impractical to deal with in the first place and it is very annoying.
DESIGN AND UI
The overall look of everything so far is just fine, I do like it but I think some things are a bit off-key. For instance, when you scroll down do your recent calls list in your phone application, it displays the date at the top but also at the slider that you ude to scroll down. However in the messages app, scrolling do you recent conversations only show up at the slider, but not the top. I think this is inconsistent and doesn't show a form of unity, as something as close as stock default communication apps

I also don't like the look of the "Devices" and "Media" buttons. I think they look a bit awkward and if not, not as appealing to look at; 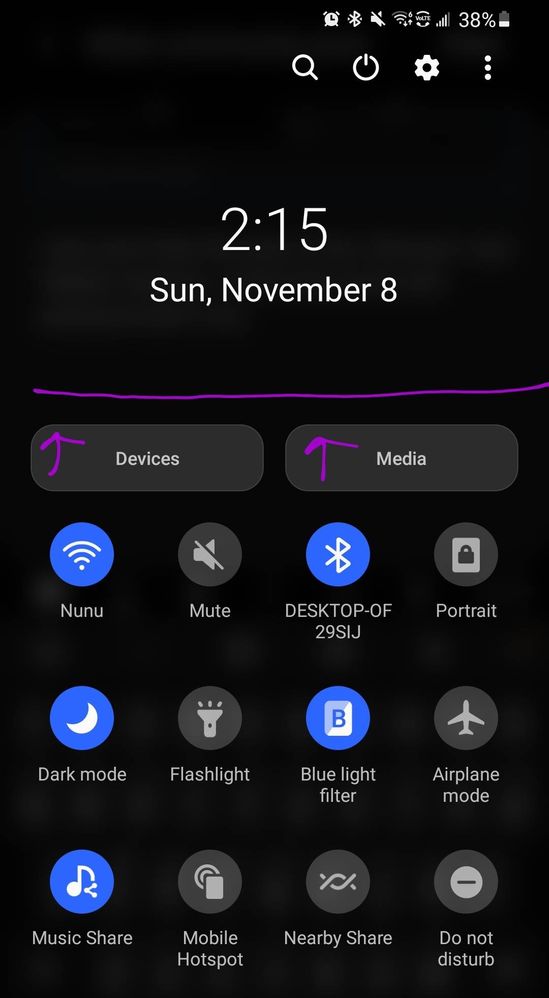 Maybe if it were to be raised a little bit higher (up to or centered on that purple line as shown in the image), and have a more seemless looking design for the actual button background, then I think that would be more suiting.
Also when I am on "5G", the look of the 5G indicator looks a little... squished, reminds me of the Samsung Experience days. Not a big fan off..
ALSO! My AOD clock is the most ever so slightly off centered! Not a big deal, but it kind of drives me crazy. 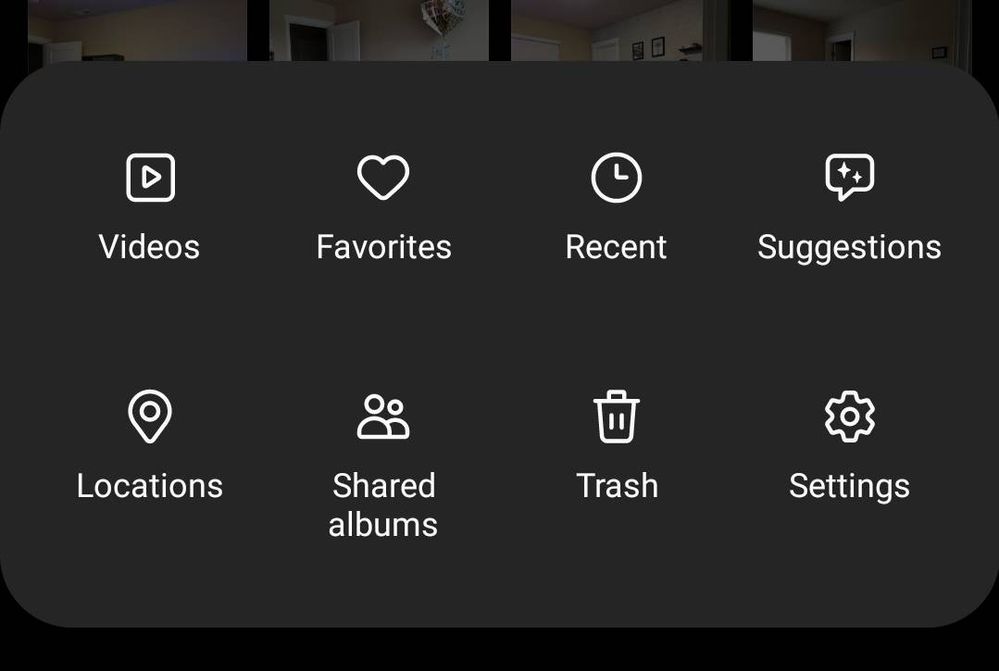 I think the icons need a change as well, something similar to the settings list icons or at least a filled in version of these icons. Maybe it's just a personal preference :)
I think that's all I'm gonna include. I like to focus on the design more, and yes THESE ARE JUST my opinions and thoughts on the beta. Sonplease don't take too much seriousness to what I say or take it to beg Samsung to implement these. This is just feedback I'd like to see improved as a longtime heavy user and what I think of the UI, so as again, this is just my opinion.
Thsnk you for you read all the way, Ik, it's very long. There are pros amd cons to some ideas I've mentioned, be aware of that. But these sre my thoughts.
11 Likes
Share
Reply
4 Replies

Thank you for your feedback. If you see any other issues, please send us an error report to help us debug the issue. Please also keep an eye out for any other issues you may encounter. We apologize for the inconvenience and appreciate your contribution to the beta program.

Discussions
Thank you. I would also like to mention when I pull down the notification shade, sometimes the face recognition animation shows. It's really weird, and any notification from this app, when I click on the notification, it redirects me to a blank page, but I'll send error reports if I notice more bugs.
0 Likes
Share
Reply

Discussions
I'm getting lag in all aspects including music stutters. Definitely not a good thing
0 Likes
Share
Reply

Discussions
Same here. I'm getting lag switching between apps, some animations just stop working, I also get music stutters sometimes throughout when I listen to spotify, or when I my phone turned off. and even just unlocking my phone has lag. definitely not goos
0 Likes
Share
Reply