So pre-ordered the s10 and got the $130 e certificate in my cart. However, how do I use it? WHat is the e-cerificate code and how long is it valid for?

Don't worry.  They won't let you purchase anything with it when/if you do get it.  See my issue below.  Numerous emails, forum post, and a phone call and no reolution.

This is exactly what is happening to me. I got my phone on 3/15, should have received my e-certificate on 3/30. It is now 4/3. I reached out to Samsung on 3/31 and got the "give us 4 days to resolve this issue". I'm sure I won't get my e-certificate tomorow either, and they'll ask for another 4 days. Their customer service is such a joke and they have absolutely no idea what they are doing. Never pre-ordering from Samsung again.

It's a big joke.. Trying to get my e certificate for over as month.. They Keep telling me tomorrow tomorrow. Like we have time to keep calling

My certificate keeps saying invalid. When I contacted live chat support they told me I have to enter the code while my cart is empty.... like are you guys a joke??? Do employees paid to help seriously not know you cant enter codes without something in the cart. I was able to use a previous voucher with no issues but this one is giving me a lot of problems

I am having the same issue.  I was sent the eCertificte code on March 21.  I am trying to purchase a 512 GB microdsd card.  When I try to apply the promo code it says it is an invalid code. I have been going back and forth with Samsung and I am getting nowhere. The latest message they sent me was that the code could only be used to purchase a Samsung Galaxy S10 512 GB phone.  It is clear the support department is overseas and they can't read English.  The email with the promo code says

I just got off the phone with Samsung and the latest person told me it was "expected" that I would use the code to buy earbuds, but he checked my code it could be used for any mobile phone accessory for a Galaxy S10+ even though the email with the code says it can be used with any available product. And, I don't have a S10+, I have a S10. His solution was to just try and buy something else and see if that worked.  When I pre-ordered my phone they were already out of earbuds and said I would get a $130 eCertificate instead. That worked better for me because I didn't really want the earbuds. Now I have $130 code that I don't have a need for.  I would have been better off just buying the phone from my carrier and taking advantage of the specials they are offering. 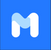 Hello there, I am sorry about the confusion. The E-Certificates can only be used in the mobile section of the Samsung store.

The 512GB MicroSDXC Evo Plus Memory Card is in fact listed in the mobile section of the Samsung store. https://www.samsung.com/us/mobile/mobile-accessories/all-mobile-accessories/s/_/n-10+11+hv1rt/  Second to last line of the page I am looking at (it is like item #216 out of 218).  I get a different excuse from every person at Samsung why my code does not work.  I am trying to use it for an item that is listed in the mobile section of Samsung's website per your answer, but it does not work. 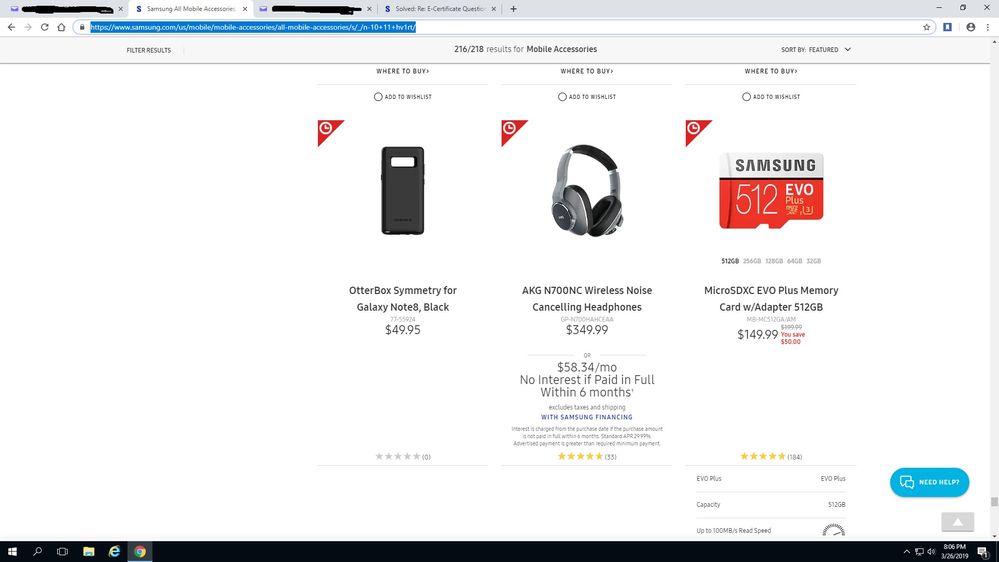 I received my Samsung s10 but I still did not received the free e certificate that Samsung promised to give who pre ordered the phone.

Can someone help me with that.

I got mines the next day after I registered