After trying everything I can think of to rectify the left earbud connection issues with the Buds Live, I've finally found a solution that worked for me. I read all the troubleshooting steps, applied the firmware update and even asked for help from the Samsung moderator who never bothered to reply. The final straw came when Samsung revealed that their next generation earbud wouldn't use the existing bean design and would instead return to the more traditional in-ear design.

It then became apparent that what was needed was another pair of earbuds that didn't hurt my ears and had decent, reliable sound.

I've settled on the new SoundPeats TrueAir 2s. They're shaped like the original Apple Airpods so they just rest inside your outer ear cavity and they sound as good as or better than the Bud Live ones. They have very large drivers and also support the advanced aptX codec which the Buds do not. They cost about $35 dollars. That's about a quarter of what the poorly designed Buds cost!

Oh, and the Samsung Buds Live? They just went into the trash where they belong.

Galaxy Buds
looking them up now..do they have the ambient sound feature??
0 Likes
Share
Reply

Nope... At that price point ($35) they don't have an app or ANC or any other advanced features. What they DO have is good sound quality (with aptX no less), excellent Bluetooth range and comfortable fit.

If you find a better brand, let me know! 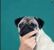 Sadly I hate the stalks coming out of those. I wear buds with helmet on my bike and anything sticking out get caught. Thats why I was soo pumped for the beans but Samsung ruined them with this horrid connection issues. They do belong in trash, I even bough some 5$ ones in discount store and they HAVE BETTER CONNECTION lol.

Right now I need to look for replacement, something that doesnt penetrate my ear or stick out too much