Have a set of pro bud 2s. As of 2 days ago case will not charge past 81%. Checked charger/, cord using it on note 20 and no issues. Tried reset through wearable app and no fix.

Galaxy Buds
Believe it or not that's actually a great thing! If you've looked at the Samsungs phones pretty much all of them allow you to block the battery from being charged to 100%. It will sit there with the charger on it and just keep charging and charging until eventually it destroys your battery my Samsung has a setting that stops the charge at 85%. Therefore it never Cooks the battery. It sounds like you have that same setting on your buds personally I would leave it alone because they'll last three or four times as long as if you allow it to charge to 100%.
0 Likes
Share
Reply

Galaxy Buds
I've checked all over & can't verify this claim. Can you provide a resource stating that the Buds Pro 2 can be voluntarily (or involuntarily) set to use Protect Battery settings?

While it's good for phones to charge less than 100%, as far as I know earbuds & their cases don't do that. Unless it's a new update, but I can't find any information confirming that.
0 Likes
Share
Reply

Galaxy Buds
This is a total shot in the dark, because Samsung most likely would NOT be extending the "Preserve Battery" mode to its earbuds as the other commenter suggests (& I can't find any evidence for it)... but just in case they COULD be right & the buds are suddenly doing this based on your phone's settings (There WAS a pretty recent update to Wearables, so maybe it's a new thing though I can't find that in the documentation). Was your phone set to "Protect Battery" (which keeps it from charging above 85% or so) when you've been trying this?

If so, here's something to try. If not, then probably disregard all of the rambling below & just contact Samsung directly...

First, try just putting in & connecting to your earbuds like normal, then turn off "Protect Battery" mode on your phone. Then, after like 10 seconds, plug in your case, & see if the light turns red to indicate that it's charging now, or of the percentage finally starts to go up.

If that's not enough to reset its preferences (supposing that is even what it's supposed to be doing), then we'll do this with old fashioned signal isolation & relay method:

Have your phone & earbud case unplugged, earbuds in the case.
With Bluetooth OFF, Turn "Protect Battery" mode back ON.

Turn on Bluetooth.
Put the earbuds in your ears.
Play some audio while you proceed, to be sure the earbuds are actively receiving signal.

Turn OFF "Protect Battery" mode on your phone WHILE the earbuds are connected & in your ears, playing music or whatever.

Give it like 20 seconds to make sure they have time to receive the fact that the setting change happened.
Then remove the earbuds from your ears & place them in the case correctly (clean them if there's gunk in the way to ensure proper seating).
Close the case.
Wait about 10 seconds, then turn off Bluetooth entirely.
(And you can stop the sound unless you're into the beat & wanna keep listening. 😉)

Give the buds another 15 or so seconds to sit in the case, in case (heh) they communicate with each other or something (I don't know how these work, I'm not a modern engineer so like I said I'm going with old tech knowledge here, LOL).

Then, plug the case in, & see if it now has a red charging light. If not, still give it 5-10 seconds in case it needs a moment to change its mind.

If it's still green, dang, probably didn't work. If you want, you can still give it 5 minutes, then use the Bluetooth deal as normal (with the case still plugged in) to see if the percent has gone up any.

You can also try toggling the Protect Battery mode slowly a few times with the case plugged in, to see if it suddenly changes status to charging. In case the "context" of both the charging state & the mode change are needed.

Either they added that to the update as a battery-saving feature & didn't tell us (which sucks because sometimes we NEED full charge; is there a new setting in the app regarding it?), or they added it to force obsolescence (which I wouldn't put past any corp nowadays), or there's some kind of physical malfunction that needs to be discussed with Samsung as soon as possible, so you can get a solution in the pipe.

If you're worried about delays & where you got them still takes returns in this timeframe, maybe you could also see if they'll let you trade them for a new set, & see if you have any better luck.

Anyway, I probably typed that all out for nothing, probably really is a malfunction, but oh well, figured it was worth a try. Take care & good luck.
0 Likes
Share
Reply 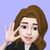 Galaxy Buds
Is your battery saver enabled? They won't charge past 80% if it is....
0 Likes
Share
Reply