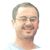 Galaxy Buds
These are my first wireless earbuds. I bought them a few months ago mainly because I needed some earbuds where I wouldn't have to no longer worry about sand getting on the wires of my old ear buds or the wires being pulled and stretched while laying down at the beach. While the new Galaxy Buds Pro seemed ok at first, I found them slipping out of my ear often and almost falling in the sand. I found that, in the hot sun at the beach, everything gets sweaty and earbuds are easier to slide out of your ear.
I think Samsung definitely needs to improve the staying power of the rubber insert pieces. I would suggest adding ribs or some similar engineered design to the, otherwise smooth surface, of the removable rubber inserts.
I was very close to returning the Buds Pro as I have no use for constantly falling out ear buds I thought to myself. Although the Buds Pro come with 3 different sizes of inserts, I was dissappointed that none of them kept the Buds from slipping out.
The only reason I kept them and did not return a seemingly useless product prone to slipping and eventually losing an expensive earbud was that I came to appreciate the noise-cancellation technology of the Ear Buds Pro and the seamless transfer of music sound to other preconfigured speaker systems, except for iTunes whenever switching from mobile phone to laptop connectivity to make phone calls.
I do hope Samsung could make some "extreme" non-slip earbud rubber inserts available much sooner rather than later. I think there are many people that would buy them just so their expensive Buds Pro don't get lost or damaged when they fall out of one ear.
3 Likes
Share
Reply
4 Replies

Galaxy Buds
True, I recently had the galaxy buds, gave them away and upgraded to the pro. I'm regretting. The buds have a better grip than the buds pro. It's annoying
1 Like
Share
Reply

Galaxy Buds
they are always slipping out. It is very annoying indeed.
0 Likes
Share
Reply