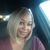 Galaxy Fold
I ordered my z fold 3 September 26th through at&t. The person who helped me said my new phone would be there by the 29th. I went back to the store the following Monday to confirm my order status. I thought something had to be wrong based on what the att app was saying. The ship dates were Nov 29th - Dec 20th.
I was told that they were on backorder and it could take a couple of weeks before I can get my phone. The status has not changed in the app. It still says in progress.
I wish I had been told that before I went through this process. I am frustrated but I get it. It is in high demand. I just wish samsung would have done a better job at anticipating sales. I have been using their products for years and never had a problem. But thus is too much.
I just want my phone ASAP. The customer service representative should have been upfront about the delivery issues instead of telling me I would have it on the Sep 29th. Of course I reviewed my case with s pen without delay. Crazy 🤪
3 Likes
Share
Reply
5 Replies

Galaxy Fold
You could've just ordered straight through Samsung! That's what I did when the S21 Ultra was in high demand and I got it within a week.
1 Like
Share
Reply

@MrsGeorgiapeach AT&T must have had a lot of people jump at the trade-in offer that they had going.

If you wanted to cancel your order with AT&T, you might be able to get it quicker via Samsung or another seller.

Galaxy Fold
I had a similar issue ordering my s21 ultra. It was back ordered and said "order in progress" from the day of ordering to almost 3 days after the expected delivery. Then changed to shipped and showed up 2 days later. 4 days after the original estimated delivery
0 Likes
Share
Reply

Galaxy Fold
Update... Best Buy had it in stock. I canceled my order n had it all done through Best Buy.

Instead of silver they had the phantom black.

Also I went to the at&t corporate store to get my trade in credit done. Smooth process. The rep. said that the corporate stores have them in stock. I didn't know that. If I had known I would have had my phone like 2 weeks ago.
0 Likes
Share
Reply