Galaxy Note Phones
They took away the ability to hide the navigation bar and display it by swiping up.
Now the only two options is either have it displayed all the time (which I find annoying, as it ruins the aesthetics of the phone display),
or to gesture with no navigation bar(with the option of guidance lines).
I wouldn't mind the invisible navigation bar had it not been for the fact that they forgot that the magnification icon sits on the same navigation bar.
They've added a pop-up magnification icon you can have always sitting on your screen instead - but again, why would I want something so annoying sitting on my screen all the time?
I'm disappointed that the developers didn't really put any thought into this recent update.
Opens in new window
PDF Download
Word Download
Excel Download
PowerPoint Download
Document Download
3 Likes
Share
Reply
9 Replies 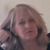 Galaxy Note Phones
I may be a little confused. Are you using Good Lock -> NavStar. I'm using swipe up gestures which shows a minimal display at the bottom of my screen. I guess I don't really notice it much. From NavStar, you can adjust the transparency & color of the swipe indicators. If you use buttons for your navigation bar, there are options to hide that as well where a quick swipe up will reveal the navigation bar.
1 Like
Share
Reply

Galaxy Note Phones
No, I don't use a third party application for my navigation bar. My Note 20 previously allowed me to simply swipe up to bring up the navigation bar as shown, and to the right of the navigation panel, there was the magnification tool (as I've circled).
They took away the option for the navigation bar to pop-up when swiped up. Now it's either always on, or invisible. And like I said, I wouldn't mind if it was invisible, but they removed the magnification icon, which I used frequently.
And on top of that, they added the game booster icon to the navigation bar. So now whenever I'm playing a game of chess, I need to look at an annoying distraction forced on my screen.
I honestly think that sometimes these developers are trolling us; there's no possible way they can lack logic in such a great magnitude. 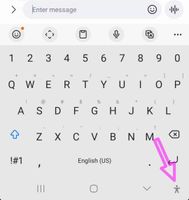 Galaxy Note Phones
I wouldn't consider Good Lock & NavStar 3rd party applications as they are in the Samsung Galaxy Store; updated & released by Samsung. I don't know why Samsung didn't just include so many of those things in their settings but instead Samsung decided to provide a lot of their customization settings in separate apps: GoodLock, NavStar, ThemePark, HomeUp, LockStar, etc. With these Samsung Galaxy apps, you have endless abilities to customize your Galaxy phone. Using GoodLock & NavStar, you will be able to do what you want. But, I agree... I think Samsung should have left many of these customization settings in their default settings menu.
0 Likes
Share
Reply

Galaxy Note Phones
Good lock and NavStar are not Samsung apps. They are third party applicators. Samsung apps will specify themselves as the developers, such as this.

Galaxy Note Phones
Actually, they are Samsung Apps, promoted be Samsung, developed by a Samsung division called GoodLock Labs and released & approved by Samsung. It offers tons of customization options. It might be worth it for you to explore what it has to offer. And you will be able to do what you want with your navigation bar using GoodLock & NavStar.

If you notice on my screenshot, you can only reach the developers via Samsung 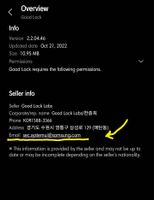 Galaxy Note Phones
I appreciate your response. Although the toggle option is no longer available on the hidden navigation bar, I did find that they changed it to now open with a 2 finger swipe upwards. It's a hassle, but at least accessible. Thank you.
0 Likes
Share
Reply

Galaxy Note Phones
If you download Samsung's app called good lock, you'll find the navstar module. Download that module. Open that module and scroll down and you'll see the hide button option, which usually appears on the right on your bar. You can also customize the navigation buttons, hide the bar, and also use that accessibility feature!
1 Like
Share
Reply

Galaxy Note Phones
Also check out all the other modules good lock offers that allows further customization of your device!
2 Likes
Share
Reply