$1,300 for my Note9 and Samsung still believes it's their right to prevent me from disabling the artificial camera shutter sound when taking pictures with it. The battle over this issue with them has been going on for years. It's completely ridiculous and totally unacceptable.  Who else of you here is concerned by this small but enormously frustrating situation?

Please note: This issue is **NOT** 'Solved!', contrary to what a forum moderator here wants to insist.

I just received an Android update from Samsung for my Note9 512GB, unlocked, purchased directly from Samsung.

Thank you, Samsung, for finally acknowledging that issue.

My only request would be that in the future, you figure out how to communicate with your customers like me about what's going on and what to expect when we report an issue.  I've been left hanging for months now, not knowing if anything was going to be done for my issue or not.  The same is still taking place with other Note9 customers who are having delay problems with the operation of their camera.

For today though, for me at least, thank you for resolving my issue.

Just purchased the Samsung Note 9 yesterday. I selected the 'shutter sound off' toggle, yet I still get the shutter sound when hand swiping a screenshot. I can't find any way to turn that annoying sound off. I have Verizon, if that makes any difference as I read some were mentioning their carriers. Any suggestions?

Totally agree with you. The phone owner should be able to set the preferences. It should not be dictated by samsung. All the suggestions to turn it off in the camera settings are wrong. Have they even checked what the write?

the camera shutter sound setting is no longer there in the camera option, it follow my SYSTEM VOLUME now... can you please change this!

Welp, I was going to get an unlocked S10e, but upon reading this I'll try the Oneplus 6T instead. 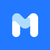 Ok. I have Samsung S9 with the same problem. What i did was:

Shut down the system volume

You can keep notifications, ringtone and media volume on, but system can the completely silent.

Just for people that doesn't like the keyboard sound.

greatly disappointing and and impractical while i'm in a training session. 😞