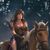 Hi everyone I just got the note 9 I love does anyone still have a note 9?

Galaxy Note Phones
I did, I loved it and it lasted a long time and it's the reason why I love galaxy phones
0 Likes
Share
Reply

Galaxy Note Phones
Still have my still pristine Note 9. I wasn't willing to part with it even for the pre-order trade in deals when I added the Note 20 Ultra to my line up. To me its an icon and the last no holds barred, everything but the kitchen sink, no compromises, Note. I hope you have as great a user experience as I have.
0 Likes
Share
Reply

Galaxy Note Phones
I still have my 9 though no longer my primary device. The phone was bullet proof. I only updated to the Note 20 Ultra bc the screen was cracked on my 9.

It was the best phone I've ever had. In fact, if my Note 20 Ultra problems can't be resolved, I may just go back to a 9.

However, I hate samsung. The day samsung stops making stylus phones will be the day I ditch samsung all together.

I think the way samsung maintains control over our phones with their forced apps and shady app store is unethical.

I don't use the samsung app store because I believe they created it just to bypass google play store policy on backdoor bloatware installs.

Any chance I get I update samsung apps via the play store. But still, system updates remain a problem.