Anyone else having issue.

Thank you for reaching out. I would be happy to assist you further. Can I please have your full model number and IMEI in a private message: http://bit.ly/2JH2rq2

Same issue! No fix yet. called t mobile and Samsung, neither provided a solution.  If I have it connected to a power source, the charge level remains steady, won't charge but won't lose power. This started last night for me, randomly. Two hours after it began, I had it plugged in and it randomly charged from 5% to 65% in 10 min. Then after a while the charge dropped 40% out of nowhere.

So everyone here is having the same issue it is now July 27th and this issue started this week can anyone give me advice or any tips about the situation. At work in hot weather the issue happened my phone dropped to 1% but continued to work at the time battery percentage was 83% so it worked as so plugged it in left it there said battery temp was to low slow charging until battery warms up. Then came back an hour later it was at 100% any solutions on how to fix or if its some glitch with the temperature plate on the wireless charging pad connectors inside the phone?

This happened to me this morning. I totally panicked got my old phone and set it back up. Taking out the sd card and AT&T card. I turned it completely off. About 20 minutes later, I turned it back on. An tried to charge it again. Bam!! Works again and is charging. I don't know if this is a temporary fix. But as of now, I don't have to go without a phone.

Yep mine just started doing it as well.  I have a battery monitoring app and it says the battery temp is -4 degrees.

Thank you for reaching out. I would be happy to assist you further. Can I please have your full model number and IMEI in a private message: http://bit.ly/2JH2rq2

Why would anyone take this to a private measage? We all know what your trash policy is. Leave your customers without a phone for an extended period because your $1000 dollar flag ship phone has a lnown issue you recuse to address. No <edit>,  we would not like to hear about your solution, unless you have changed your policy and are providing actual service to your customers rather than placing them in a vulnerable state that for most people would hinder or possibly terminate their employment.

I looked into this and no one had the answer until I you tube it and it is the NFC wireless charging antenna. Pain in the culo No one carries the part I called Samsung and they want me to send in phone for 9-11 business day??? I asked for replacement and solutions to answer and all I got was Sorry! Sorry! SORRY! WELL THAT IS NOT ACCEPTABLE! In talking to some repair shops they won't work on phone and are being told solution is to send in. I have have my note 10 for 1 year and this caca happens! 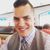 @SamsungAdam I am having the same issue. Started yesterday.

I have been having the same issue. Verizon has replaced my phone 8 times. Yes I said eight times. I contacted Samsung. Took it to the authorized dealer. They said there is nothing that can be done. Samsung told me that my carrier sold me a faulty phone. Verizon has been replacing them. It just happened to me again today.