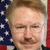 Galaxy Note Phones
For several years, the lines have been blurring between the S and Note series... the only real difference remaining is the S Pen and its associated features. By moving those to the S and Z Fold series, Samsung can devote more resources to those lines. I believe a Z Fold 3 with an S Pen would be an absolute jewel of a device!
But Samsung, PLEASE accept these humble suggestions from a devoted Note fan:
1- Tone down the monster camera module, will you? It's ridiculous! If we want a pro camera we'll buy one! Moving the S Pen to the left, just to make room for the camera module, was a disastrous idea. The S Pen defines the Note series, not the camera, and you compromised it. Horrible.
2- Please put the fingerprint scanner back where you had it on the Note 9, which was absolutely ideal... on the back, center of the phone, right where our index finger naturally rests. Just because you can put it under the screean, doesn't mean it's a good idea. It costs more, adds more effort for users and smudges the screen faster.
3- Finally, the Z Fold 3 will afford Samsung the opportunity to have an S Pen housing on both sides of the phone: making it a truly ambidextrous device for left- or right-handed people.
Yes, Samsung, you can shrink the battery a little to do that. We just need enough battery to get through our day, and most people have several opportunities each day to charge up their phone.
Thank you, Samsung, for your time & consideration!
2 Likes
Share
Reply
12 Replies

If we are voting on FP scanner location, I vote for the front. IMO, the rear FP scanners were in an awkward position  and for me absolutely never worked.

Galaxy Note Phones
Awkward? When I'm holding the phone, my index finger rests about 7cm from the top, right in the middle of the phone. That's right where the Note 9's scanner was. But it's a minor suggestion. Facial recognition is getting better, fortunately...
0 Likes
Share
Reply

Galaxy Note Phones
I'm open to hearing your counterpoints. Are you wanting Samsung to continue the Note line simply because that's what they have done for years? Or do you have a compelling argument against my suggestions?
0 Likes
Share
Reply

Galaxy Note Phones
Starting with the camera, not everyone would like to have good pic going to buy a pro camera. With the technology today you can have pic/video close to pro camera using your phone, which you always have it everywhere you go. As for the fingerprint Samsung has fingerprint under display why not used instead of the back of the phone or side. And having 2 S pen not really practical, because they can use the room to expand the battery capacity
0 Likes
Share
Reply

Galaxy Note Phones
They don't? You mean they make more than one phone? Wow, now my whole weekend is ruined! So, basically your reply suggests that no one can make any suggestions because other people may not like them. What a great idea to never move forward or improve anything, ever...
0 Likes
Share
Reply

Galaxy Note Phones
I think the majority of your suggestions were right on!! Well stated!!
1 Like
Share
Reply

Galaxy Note Phones
I safe guard my phones with tempered glass privacy screens, so the front screen fingerprint scanner is useless for me. Having options of better facial recognition, a back fingerprint scanner would be ideal for someone like myself. So I'm mostly in agreement with you, my only disagreement is on the camera. I'm not a fan of the domino sized camera, but I am a fan of the camera's potential....though I'm hating the front facing camera and it's high saturation. I'm also not a fan of the Apple corp following. No 3.5mm jack Note 2019, no earphones in the box of Note 2020. At this rate we also won't see an ac adapter. Otherwise I agree, the rumored consolidation of the S & Note lines wouldn't be a bad thing. The future S lines biggest phone could be called the S Note :beaming_face_with_smiling_eyes:.
1 Like
Share
Reply

Galaxy Note Phones
Why was the USB removed from charger? Having the USB was more convenient.
0 Likes
Share
Reply