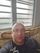 Will the unlock Note 10 plus get the latest update soon !

why is that unlocked phones are the last to receive the latest updates?? any specific reason?

Unfortunately, we are unable to speculate on the release of future updates.