Why micro SD card is a dying trend

Galaxy Note Phones
Performance limitation
No matter how good your SD card is, it doesn't even come close to the performance of internal storage. The read/write speed is many times lower specially when moving big files. That's why your apps start faster when installed on internal storage.
It's our own fault
We are getting less technical and as a result Android is getting less technical. Micro SD card is a tool for those who know what Android can do for work or school or other things that is involved with moving files. We are becoming consumers and not developers. You'll be surprise to hear that Samsung used to make developers version of their phone for sale so that people can improve the phone ability. But now the gap between the developers and consumers are getting wider.
Google influence
Since Google does not make premium phones, and Google is one of the biggest cloud storage service provider, their phone lack SD card, and as result Google locks the permission access to data folder of your SD card with Android 11. If it wasn't be cause of Google, other companies would have already make phone that is not dependent on PCs and we would have phone that are much more capable than what we have now.
Samsung reaction
Companies like Samsung have no choice to take away the SD card because of the combination of reasons above. What sales more is what demands the most. I just hope with the next Note series Samsung would still care enough about those of who want to be real Android user and offer a real Android product.
The rest of us
For those of us who use SD card, who are technical, who want to move their game data to new phone and not use proprietary cloud service, who use SD card to move work files and app files, we have to find other ways that are mostly limited.
4 Likes
Share
Reply
6 Replies

Galaxy Note Phones
I believe Samsung and other manufacturers are cutting their own throats by taking away the SD card option.
5 Likes
Share
Reply

Galaxy Note Phones
I agree with you. Having MicroSD Slot is very convenient & if they don't continue with it, I will not be getting anymore Samsung Note or any other models of Samsung either.
2 Likes
Share
Reply

WHY would they give us an sd slot if it is UNUSABLE???

Galaxy Note Phones
They try not to
0 Likes
Share
Reply 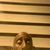 Galaxy Note Phones
My disagreement is only this by utilizing the SD card for non important data will at least give you a place for pics . Movies and music. My question is this is an open platform the right move just look at what Darkside was able to do. Now think if 100 or 1000 people that have the knowledge to rewrite or even over ride. not every one is responsible just saying
0 Likes
Share
Reply

I'm sure Samsung & Team will probably take this comment down because there are some facts mentioned here & they don't like facts being said by users.
0 Likes
Share
Reply