Will any of my Galaxy phone adaptors charge my Samsung 46mm watch?

I have three different Samsung Galaxy phones:  S5, Note10, and 10+.  I just purchased a renewed Samsung 46mm smartwatch.  It did not come with a travel adapter.  Will one of the adapters that I have for my phones charge the smartwatch o.k.?  Off hand thinking, that since the smartwatch uses the same type of cable that the phones do (other than the Galaxy 10+, which has a different cable), that this MIGHT work.

I just want to be sure, before I plug the watch in and try it. 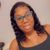 Galaxy Note Phones
I think watches charge wirelessly too. have you tried that?
0 Likes
Share
Reply 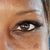 Galaxy Note Phones
They do. You just have to take the bands off for a flat fit.
0 Likes
Share
Reply

Galaxy Note Phones
It doesn't make sense to have to go through the trouble of taking the bands off every time you need to charge wirelessly. That's pitiful!
0 Likes
Share
Reply

Galaxy Note Phones
With the bands on the watch, it makes it curve. You can't expect a curved object to fit on a flat surface without modification. So you have to take the bands off. Or use the charger designed for the watch without making modifications.
0 Likes
Share
Reply

As for using the charger designed for the watch, I presume that you are talking about the Samsung charger, OEM.  I have seen many bad commentaries regarding 'after market' chargers for the watch, with the consistent theme that they make either make the watch too hot (not a good thing), or that the watch will not charge properly.  I am generally cautions about ANY, after market, Chinese charger, for an expensive electronic device.  I have seen too many horror stories surrounding poorly made equipment and what it does to an item plugged into it.  I had an item once, with a USB port, for a portable power pack.  This port FAILED after three times.  I opened it up and saw the bad construction.  The port, where force is used when pushing the USB cable in, was not anchored down on the inside of the unit.  The port plug was sitting on a circuit board, and the BOARD was anchored, on either side of the port plug.  The plug was just soldered to the board.  When you pushed the cable into the port, this put pressure on the solder point on the circuit board.  After three uses, the solder point on the board just broke off, leaving the port pushed into the unit, with no connection to the circuit board.

Ahhh, no, that is something that I would NEVER get involved with, just to charge the watch!  I can easily see 'issues' with continual playing around with the bands/holding pin.

Galaxy Note Phones
I haven't had a problem with mine yet. I switch my bands daily to match my attire. But I use my actual charger that came with my watch to charge also.
0 Likes
Share
Reply

I only take the travel adapter with me when I leave home.  I plug into the wall, anywhere, and charge up.  I just wanted to know if I could use the same adapter for the watch also, so that all I would need to do is carry ONE charging adapter.

Both the phone and the watch accept plugging into a computer, USB port, for charging.  That sorta tells me that they both take the same 'draw', so logically it would seem that the wall travel adapter for the phone would also work for the watch.