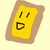 Galaxy Note Phones
Ever since i upgraded to android 11 oneui 3, my phone has been overheating a lot more.  For example, on Genshin impact(a demanding graphics game), my phone's temperature while playing the game only peaked at around 108 degrees Fahrenheit. At that time I was on oneui 2.5. Now on oneui 3, my temperature peaked up all the way at up to 118 degrees Fahrenheit. My phone felt like it was hot enough to cook an egg. Keep in mind, the game was on the same version, no updates at the time(an update could made the game even more laggy). Each oneui versions had a fair chance. Another example, when using Samsung dex, my phone overheats a lot more, and when I'm doing something on my external monitor and doing a separate thing on my phone at the same time, I get a lot more frequent warnings saying it'll force close an app in 20 seconds to prevent my phone from overheating any further. On oneui 2.5, I've never encountered this warning while doing the same thing, not even once. Any fixes?
1 Like
Share
Reply
2 Replies

Same here.  I really hope they fix it.  If I find a workaround, I'll comment it here.  If not, we'll just have to wait.