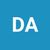 Hello everyone, remembering back years ago when I used to root my devices and install custom ROMs I realized something I almost never see on any stock android device these days (OnePlus devices have this feature I believe) is the ability to change the battery icon in the status bar.

This is a very minor thing for sure but I think this could very easily be implemented through Samsung's goodlock notification customizer. The main reason for this is the fact that currently, there is no way to display battery percentage in the status bar without it being external to the icon itself. What I'm looking for is the ability to display the percentage INSIDE the battery icon. This is something I could do easily on most custom ROMs or using a root based application such as busybox or the Xposed framework as far back as 2013 when I first rooted a phone, so this isn't something that would be too difficult to implement on Samsung's end.

Ideally, a bunch of custom battery icons would be awesome! My personal favorite was the circle icon with the percentage inside the icon itself. It had a cool charging animation where the circle would rotate while charging until it was fully charged. At the very least, an option to place the percentage inside the standard icon would be awesome. I personally can't tell how much battery I have due to the icon itself being very inaccurate (90% battery looks to be about 75% of the battery remaining on the icon) but I don't like the look of having a giant percentage taking up unnecessary room in my status bar when I already have an icon.

When the battery is at 100%, you can see an icon appear for the "battery is fully charged" notification that is exactly what I'm talking about. A standard battery icon with "100" inside. I'm using an s10e which isn't the absolute highest PPI display Samsung makes and the text is VERY sharp and easily readable so there's no reason this couldn't be added into OneUI 2.0 with the Android 10 update.

I know this is a small request that likely won't matter to many people or have a great chance to make it into their final builds but I personally would love to see this happen! If there are more out there that agree with me, leave your opinion here and maybe Samsung will take notice!

Thank you for your interest in sharing your ideas with Samsung. We appreciate your feedback and will tag it on the forum so that it will appear with other feedback, ideas, and requests. This will allow your post to be more easily found in the event that Samsung product groups are seeking outside feedback/requests/ideas regarding our products.

I can see no battery status bar on my phone. Please show a picture so I know where to find it. Thanks