Same! Just updated my phone and now instead of fast charging, it just says "charging"..It doesn't even charge, it charges down! Lol

I just spoke with Samsung support.. they claim that they haven recieved any calls regarding this issue which I find hard to believe. They also are trying to absolve themselves from responsibility saying that Google phone provider and Samsung all have input on the updates. My assertion is since Samsung makes us update the phone Samsung needs to guarantee their updates are going to be buggy. they're recommended fix is for me to spend the time to back up the phone and then do a factory reset. Apparently inconveniencing their customers is far better than guaranteeing their product updates won't disable our phones

Just a quick update. Im still working on my phone that has this issue. SAMSUNG Support told me last week 2/25/2018,  that they are aware of this Major issue. They said the way to fix it was to flash your phone.

( back up current phone and then wipe and restore )

And i was told to take it to Best Buy Mobile Phone dept. and they will take care of completing the flash

proccess. should take about 5 minutes.  I went to Best Buy Mobile Phone Dept. and they said that Samsung had recently taken all thier techs out of Best Buy.  So I got no where.  BESIDES, knowing that it is a Samsung issue that was past down through thier update that in my case came from T-mobile.

I am in the process off completing the flashing of my phone.   I wanted to let Samsung S7 / S7 Edge owners know that they are aware of this issue and its a Samsumg update problem.  Also it is thier responability to correct  it or find a solution.

I hope to fix mine shortly

OK, i read all of these pages... and i had NO issues up until update that was forced about a week ago - S7 (no edge).

I always had WiFi on, location often (set to high accuracy),  using chrome, browsing internet, even using bluetooth (but not that often). And with all of that, I would loose less than 5% over night, if on idle. After the latest update, i am loosing roughly 30-40% of battery over night idling.  When i was checking battery status and report this morning, the graph was showing a steady battery drain, no spikes. but everything that was listed as battery user, had 1%, so all of the apps totaled to about 6-7% while battery graph was showing 40% drain ???

I freed up memory, cleared cache, set location accuracy to medium setting, and restarted the phone. Will charge to 100% and monitor what is going on after that.

I remember that there was a similar issue couple of years back, when i was having S4, and the cuplrit was Android Services. Which was always ON and draining battery. So another OS update came out pretty fast afterwards which fixed the issue - basically software bug. Hoping it is similar with this one as well. Once they publish the next update and fix the drain issue , i am going to turn off automatic updates... way too risky

The last two updates my battery has gotten worse. Coming close to my 2nd year owning it. I formatted it and the battery went back to normal. It's totally the updates

how do u format yr phone? i need to know or else i need to charge my phone twice during the day. it is driving me nuts

My phones battery is junk after the update.  Please fix.

My S7 Active has been doing the same thing. Having to charge 2 times a day. I have tried safe mode and it is dropping like a rock. My wife has a S7 and she did the update also and her battery isn't lasting long either. Please correct this problem asap.

I'm having the exact same problem. S7 no edge. Really upset about this! I use my phone for everything, including business. If you find a solution please contact me 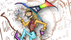 Have you tried the suggestions here in this thread and others like THIS one?