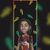 Hello. I couldn't find this topic elsewhere on here unless I just missed it..but here's my issue and questions. My Google Play Store was fine on my S9 Plus before the pie software update. No problems with downloading, updating or other things. Anyway, since the Pie update, I have SO many problems downloading and updating any and all apps. I constantly get error codes, 924, etc. Lately, I don't even get a error code, the downloading or updating app just says pending and eventually I have to cancel it because it goes nowhere. Everyday I have to end up going into Applications,  force stopping Google Play Store and Google Play Services and clearing caches and data for 1 or both, restarting phone and play store and then I'm able to download and update once again. Sometimes it will continue to work for the rest of the day, but usually, I have to do that at least 3 times a day everyday if o need to update or download. Are others having these issues and is there a PERMANENT solution or fix, so I won't have to continue to do this regime on a daily basis?? Please help people! Thanks.

If the troubleshooting steps are not correcting the issues, the next step would be to have the software reflashed to the device. You can the phone to a local uBeakiFix. They are an authorized repair center and will have access to any warranty you may have on the device. https://www.samsung.com/us/support/ubreakifix/

Now that folks on S10's have also confirmed the same problem starting at around the same time as it started on S9's, it should be obvious that there is a problem that needs to be fixed through a software update and not ask thousands of customers to take it in for a glorified factory reset which isn't going to do anything different. So I would recommend you work with Google to determine what changed around the end of Feb in their web services that don't play well with the Samsung network stack. No other network apps are affected other than Google services.

2. Play store is definitely not sleeping while it's being actively used to install apps!! And if you leave it alone for anywhere between 20 minutes to a few hours the download will complete.

Seems like some sort of retry loop. If the mods would let us know how to enable logging on network access I'm sure we can give Samsung enough info to identify the problem.

Is this happening regardless of carrier?I'm curious because I have not had those issues

Ok, so update here. I uninstalled a few applications but still, my play store downloads went slow or not at all until I cleared data & cache of the Play Store app. I tried deleting more recent apps because of a suggestion & because in safe mode, I have none of these problems. I did what the user suggested about turning off Data Saver, and restarted my phone afterwards. Then opened the play store and immediate my apps started updating and I didn't have to restart the play store or anything like usual. Also, I didn't realize this was also a issue until recently, I started back getting ALL my Gmail notifications again. The only thing that still persists is that for some reason, I simply cannot downloaded any large apps or games, like anything 100mb and up. Before the pie update this was NEVER a issue. So I'm still trying to figure out what to do about that and how to fix it. It's not a memory issue, I have tons of that, and it actually isn't a problem when the phone is in Safe Mode. So I don't know if turning off Data Saver is exactly what fixed it, but that is definitely all I did and voila, apps started downloading, and quickly, like they used to. So Thank You to Userj0AdpGnuTY, because it seems to have helped me, with the updating apps & gmail issues anyway. And please, please stop saying to update the play store people, because I absolutely know how to do that, it's already been suggested and that's not the issue. I don't know if this helps anyone, but my carrier is AT&T. I've never had any issues with my phone before that last software version update. Thanks!

Another update, it is so not fixed. It lasted for maybe 2 or 3 days and then it was back to not updating apps. Great. So I'm back to clearing the cache and data for the play store app. I was searching online and people are discussing these same issues on the Google help forum. So I feel that this is Google's issue, all the way. I think sending my phone off to Samsung or Ubreakifix wouldn't really solve anything.

seems to be working now!