How to add additional user accounts on Galaxy S10e

After Tap "Accounts and backup", the "Users" line on the screen is absent. Screen has:

Google data
Back up data

Additional "Users" line on the screen appeared on my tablets only, not for phones. I am able to add users on the tablets like Galaxy Tab A 8.0 only.

So here are two screenshots: the first is for my phone and the second - for my tablet. Both connected to the same account and mostly have identical settings. So online manual on the Samsung website  "How to add user" describes the tablet's situation only. 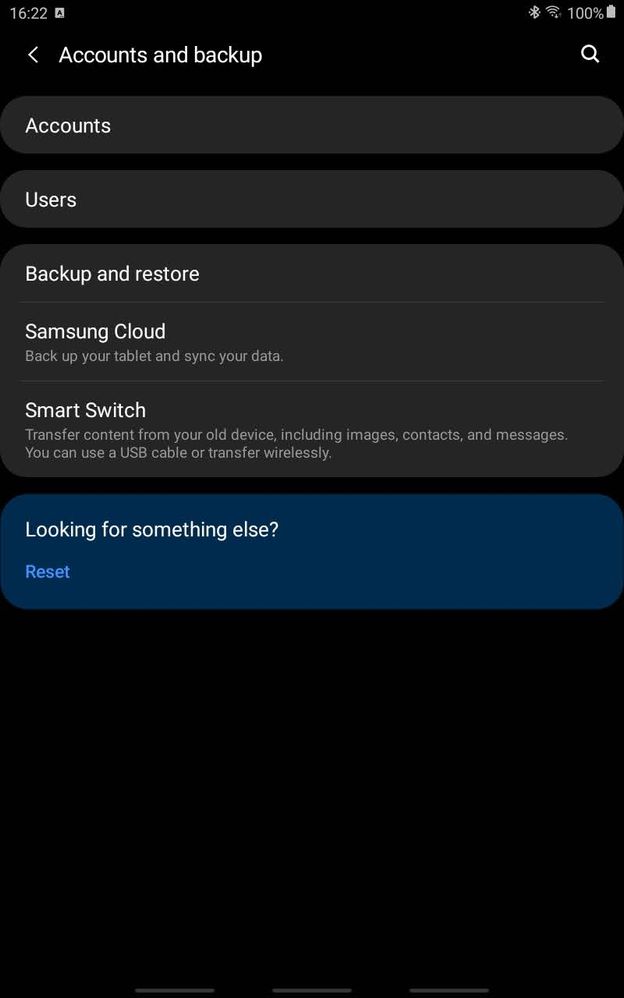 Tablet's screenshot of Accounts and backup

Galaxy S Phones
Good afternoon Daymen, you can add additional accounts through a Google account if this is what you're referring to: To do this you'll want to go to the Google account option instead of the Samsung account option in your settings menu> "Google"> from there you'll want to tap the arrow next to your email> this will give you the option to add another account.
0 Likes
Share
Reply

Hi d_spi. No, I don't need to add an extra google account to the phone. I want to add an extra user. Account and user are not the same. This user could be a guest or kid or friend or me (with a different set of programs like "My game user mode" and "My job user mode") and have or have not a google account. That is easy to do on the tablet, see screenshot.

Galaxy S Phones
Ah I see you're looking to accept Guest Mode: unfortunately The Android Guest Mode has been taken away from most Samsung handsets in earlier builds of Android
0 Likes
Share
Reply