Opening up another thread on this because Samsung keeps closing threads about this issue without offering an actual solution.

From what has been confirmed by multiple users across multiple threads in this community, following the update to UI 3.0 on unlocked Galaxy S10 phones on the Verizon network MMS messaging has basically become useless. All pictures that are sent are being compressed to below 40Kb and are blurry/unreadable. GIFs that are sent come through as still images. Videos come through as even blurrier than they already were or they come through as two messages; one still image and one audio message.

This is the case when using any messaging app that is available (besides carrier bloatware), including the native Samsung Messages app. So essentially Samsung pushed an update that has caused even their own apps to not function correctly. The only workaround that has been identified is using the Verizon Messages+ app, which is probably the least user friendly messaging app I have come across.

There have been previous posts that have been closed by Moderators and marked as resolved saying this issue is caused by the carriers limitations on MMS. Let me be very clear, this was NOT an issue prior to the update to UI 3.0, so any moderator looking at this, please do not pass this issue off as resolved when it is clearly something that broke with the latest update.

We are just looking for an acknowledgement that this is a very known, very widespread issue that is somehow being addressed. Passing an update onto users that causes even your own messaging app to be useless? And then telling us that it's solved because we can just use the Verizon bloatware app?? That's not a solution!

For reference, here are some of the other threads on this where Samsung has either locked, archived, marked as solved, or just completely ignored the issue:

I have also not been able to get any assistance from Samsung or Verizon on this issue for my S10e, and have basically just resigned myself to the fact that I'll have to use the terrible messaging app from Verizon. It's not a good user experience, and it's really odd that Samsung is basically just ghosting everyone that is having a seemingly widespread issue.

Galaxy S Phones
Thank you for starting another thread, since we got a bs answer on the other one. Image/video compression is one thing, but was at least functional in the previous OS updates. This has become a pretty apparent issue for S10 verizon users, and all we are asking for is some transparency. nobody wants to use the trash Verizon app, which leaves us between a rock and a hard place.
3 Likes
Share
Reply

Galaxy S Phones
Thank you for starting the new thread. Unfortunately, I got the same response from Samsung Support Chat as what was posted in the (now locked, with almost 4000 views) original thread. Bogus, buck-passing nonsense that totally dodges the issue and refuses to take responsibility. We've been waiting for over a month for some update that's rumored to fix the "Verizon specific MMS profile"problem, and that we've only heard about because people have elevated this past Samsung Members and Samsung Support. I'm tired of it, and all we want is clarity on the issue; but all we're getting is the run-around.
5 Likes
Share
Reply

This is a problem for me too 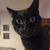 In response to "SamsungRei" in the most recent thread linked above: do NOT mark threads as solved just because you replied to them with an incorrect solution.  Here is your last response:

This is absolutely NOT the issue.  The MMS messages are being compressed far beyond the limit imposed by verizon or any other service provider.  This is NOT a verizon issue, it is an issue caused by Samsung's update to unlocked Galaxy S10 phones that have verizon service.  Using Verizon's poorly designed messages app is NOT a solution.  That app uses RCS messaging, so it circumvents the issue, but only in the rare case that the person you are also messaging is also using RCS messaging, which almost no one does.  You wouldn't seriously suggest that we tell all of our contacts with iPhones to sell them and get an android phone to start using apps that support RCS messaging and only message us with that app.  Ridiculous.

For those as frustrated as I am, I have filed an error report and eventually received this response:

This was now over a month ago.  It'd be nice if there was a little more clarity on exactly what this means.  Are we just supposed to sit around waiting for months for an update with no apparent release date that may or may not fix the issue, and then if it doesn't we have to start this whole process over again?  What is wrong with this company?  I'm extremely frustrated with Samsung right now and you can bet I'll be sending mail and filing formal complaints if this thread is closed and another moderator lies about it being solved.

Galaxy S Phones
Thanks for the information! I believe I saw someone state in another thread that we may receive an update either April 5th or 15th. Hopefully this happens and we receive an actual fix!
4 Likes
Share
Reply

Totally agree with this:

"Are we just supposed to sit around waiting for months for an update with no apparent release date that may or may not fix the issue, and then if it doesn't we have to start this whole process over again?"

The fact that we've only heard about the update's supposed release date (Apr 5th) through another member of this forum is a joke. And who knows if it'll actually fix our issue? I'm missing out on productivity at work and personal experiences, both of which I use MMS images for, because of this bug.

I encourage everyone to chime in with their issues, even if it's just to say you're having the same experience as the rest of us. Squeaky wheel gets the grease.

I am having the exact same issue with my unlocked S10 on Verizon.  Pictures, GIFS, videos are useless now in the Messages app.  Screenshots sent to me are too blurry to read.  I don't know how my sent pictures look for the receiver.   Forget videos.  They are way too compressed to know what you're seeing.  This is frustrating.   Hoping for a solution soon.

Galaxy S Phones
An having the same issue but since the last one closed now I can't see any comments...
3 Likes
Share
Reply