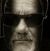 I am thinking about now doing a factory reset. It may be a last ditch effort. As of right now I had to disable 25 and 41 once again. Not stable at all. Later today I will probably be switching back to my S8+ which is still on Oreo. In my opinion I do believe that it is an Android pie issue. S8 plus cancelled the rollout after several reports of signal loss after update.

Sitting at home with full LTE bars showing, I turned off wifi for some web browsing to test.   Connectivity failure.  This is a big letdown.  I've had the phone over a month so I'm likely SOL on returning or exchanging.

CPU usage on idle, 36percent to 91perecent up and down, phone lost 6 percent in less then 5 min. Band connection band 41.

Phone is warm to touch, vs connect to wifi only. Battery drain normal on wifi.

Problem still there but whatever they did, it's a patch, it made it connect long enough. As I m typing this I lost 2 more percent.

So please all of you claim is working, full test ur phone, make sure it is working 100percent.

Can someone please ask unbox therapy on YouTube to make a video about this issue so it gains some recognition??? Its unacceptable to charge 1000 dollars for a phone that doesn't work and  not solve the issue?

I tried but msg not going thru.


Can someone please ask unbox therapy on YouTube to make a video about this issue so it gains some recognition??? Its unacceptable to charge 1000 dollars for a phone that doesn't work and  not solve the issue?

I did the update this morning and ran some test just like the user above me. @userYljnkuYlEB

FYI: Galaxy S10+ 512GB on Sprint | Preorder phone, been having LTE/Voice/Text issues since the first week of the phone. Could only make reliable calls on WIFI before the update.

I am located in Denver, Colorado. Running between Band # 25 and Band #26

Here are my results:

Had my GF call my phone once on normal and once on VoLTE, both calls went through and could clarity seemed fine. I was also able to send an MMS for the first time since I got the phone. The speed tests are very concerning being so slow of speeds, especially because of my area. Not quite sure what to do from here. Sprint doesn't seem to want to replace my phone (GO FIGURE) because it works sometimes....if it didn't work at all then they would replace (according to phone rep). My Galaxy S9+ never had any issues with calls, texts, data, while frequenting the same locations.

Also, with further inspection it seems like when I am on Band 26 I get data and can run speed test but when it cycles to Band 25 I get nothing and it won't load. Thinking about disabling Band 25 and see what happens. Really dumb we have to diagnose these issues instead of samsung or sprint.....

The note 9 is no better does the same thing

Update worked for about an hour. Then quit working. Back to not being able to text or make phone calls.