It doesn't matter if your phone is unlocked or not. Updates are up to the carrier. The moment you put your sim card in its up to your carrier

Someone from Samsung told me there is no reason to buy an unlocked phone unless you are carrier hopping or travel outside the country or not. So before you complain to samsung and blame them it's the carrier. Your carrier is straight up lying by saying it's up to samsung to deliver updates. Its not it's the carrier
0 Likes
Share
Reply
7 Replies

Galaxy S Phones
I have 2 unlocked samsung phones a S9 plus and a S20 plus which has no sim cards in them and they still get regular updates.
3 Likes
Share
Reply

Galaxy S Phones
Same when I'm out of the country it's easier to just go wifi only with no sim and I still get regular updates.
0 Likes
Share
Reply

Galaxy S Phones
Wifi s7fe wifi still no Android 12. This is last year's model and older s6 lite even has android 12. No carrier this is a wifi tablet but Samsung still delays.
0 Likes
Share
Reply

Galaxy S Phones
I mean they are half right, they can't push out updates for Samsung phones without getting an update from Samsung to push out. But then at that point it's up to the carrier when they push out the update after getting it from Samsung
2 Likes
Share
Reply 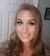 Galaxy S Phones
@Yamialex224 that's not exactly true. I've checked every aspect of tmobiles website for their released software updates and the Note 10+ isn't even reported, not in testing, development, not completion...nothing, yet I've received 3 updates since the middle of March... I have no idea who they came from because unfortunately I bought an "unlocked" device that, from what I can tell, is actually a carrier branded AT&T phone, since my CSC codes show TMB/TMB/ATT currently. So either the update came from Samsung, or it possibly somehow came from AT&T, which I doubt but I've seen stranger things happen with U1 flashed phone.
So, carriers are usually responsible for updates, yes, but for unlocked phones with U1 software? I think the update comes from Samsung. Maybe I'm wrong, maybe not.
0 Likes
Share
Reply