There is another post sort of like mine in the S20 Forum called Google Voice typing suddenly different. It is mark as solved but it's not really solved,  but only temporarily reverted to an older version of Google. Let me explain....

I use Google Voice typing a lot and with a new update of the google app, the voice typing recognition is suddenly horrible and most importantly you cannot correct the words that are misspelled by simply touching them and then selecting a different word from a drop down menu. You actually have to go back to the keyboard, then go select the word that you want to  correct, and then retype it.

The suppose it's solution proposed in the other thread in the s20 forum was to revert back to the original Google app installed in your phone by  uninstalling the updates.  This does work but only temporally, as the Google app will automatically update itself again even if you have automatic updates turned off.

II'm trying to figure out a way to either revert back to the old version without Google being able to update it.

I'm using the Samsung voice typing now and the recognition of my words is much better but it also doesn't include any easy way to correct the words that are misspelled.

Is anyone else dealing with this problem like I am? Anybody have any ideas on a work around? 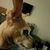 Galaxy S Phones
Yes this is driving me crazy! Can you please tell me how to switch back to Samsung voice typing? I never asked it to switch to Google voice typing!
0 Likes
Share
Reply

Galaxy S Phones
This has been one of the most frustrating things the past few weeks. I have had the same issue. The grammar is messed up, it misses words and spells things wrong
0 Likes
Share
Reply