Why can't I disable some of the apps I've installed ?

Please note, I am *not* talking about pre-installed bloatware, although Samsung Internet is one app I would like to disable temporarily. But this and other apps I've installed (on S10+ running Android 9) from the Google Play Store can only be uninstalled, not disabled. These same apps on my HTC 10 running Android 8 can be disabled. Samsung Internet itself can be uninstalled fully, but the app can't be disabled.  Why ? Is this a Samsung or an Android 9 issue ? And what's the connection between the apps that my phone *will* allow me to disable, and the connection between the apps that my phone *won't* let me disable ?

Again, just to be clear, I'm talking about normal everyday apps that I've installed (not the stock Samsung stuff bundled into the factory settings), such as E-Robot, which on my HTC 10 / Oreo I can disable but on my S10+ / Pie I can't.

Thanks in advance. This inexplicable loss of control is driving me nuts.

It's been ages (feels like) since last time I used an HTC phone, but with Samsungs, I've never seen any apps that had both options, to disable and uninstall. It's always been the same button, you can either uninstall, or disable, or do neither for some essential apps.

And forgive me for my ignorance... but if you want to disable an app, why is it better than uninstalling it? Usually people are annoyed that they can't uninstall apps.

Anyway... There is a solution. You can get a package disabler app. It costs 2-3 bucks, but you can disable apps without uninstalling them. I think that's what you might be looking for.

Hi, thanks for your reply. On the HTC 10, Disable and Uninstall are separate buttons.  Disabling infrequently-used apps can be very useful in that the apps aren't presented as alternatives but are still immediately  available when you need them without having to track them down again in the Play Store. Also, all the settings and customizations remain intact. As an example, I've been playing around with E-Robot and set up some automated routines.  I don't have time to experiment with it at the moment but it always starts when I restart my phone. On my HTC this isn't a problem as I've disabled it. On my Samsung, I can't disable it so I've created a Tasker routine to kill it when it starts up ! I don't want to uninstall it and then have to set it all up again later.

Samsung Internet can be handy to have as an alternative to Chrome, but day to day I don't want Android asking me to choose between Chrome and Internet (Yes, I know I can set "always" but every now and then I click on a different kind of link that hasn't been catered for yet). It would be easier to just disable the Samsung Internet app. I  have 512GB of storage so I have no need to uninstall because of space issues.

I guess my question is,  what criteria is Samsung's distribution of Android using to determine whether the button will disable or uninstall any given app ? E-Robot and Timbload, for example, cannot be disabled, whereas.......ah ! In actual fact, none of the apps I've installed can be disabled unless they were already on the phone to start with, like YouTube.

Given that Samsung allow us to disable *some* of the apps they've pre-installed, I wonder what their aversion is to allowing us to disable our own apps ? Perhaps you've already answered that question: perhaps it comes down to the simple fact that there's only one button for either/or and, unlike HTC, they simply haven't got round to providing both options via separate buttons !

Yeah, Package Disabler should work for you, it can disable almost every thing on your phone, so if you want to give it a try, be careful as it can break things if wrong stuff is disabled.

Tbh, I suspect the bloatware apps (which were flashed onto the S10 vs. being installed by the user frmo Google Play) are not "un-installable" for build consistency purposes, and probably also for contractual purposes (someone paid Samsung to get their app into the build). I agree that it's an annoyance that you can't uninstall the app yourself...you're forced to leave it on there or hope Samsung decides to remove it in a future update.


If you've found my post to be helpful, please like the post. If my response helped resolve your issue, please press the "✓ Accept as Solution" button. Thanks!

Hi, thanks for your reply.  Yes,  I suspect you're probably right. Also,  Samsung only have one button to either Disable *or* Uninstall an app, so for user-installed apps they always set it to Uninstall. On HTCs there are two separate buttons to give the user the choice of both for every app. 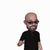