I'll do my best to explain this as best as I can. 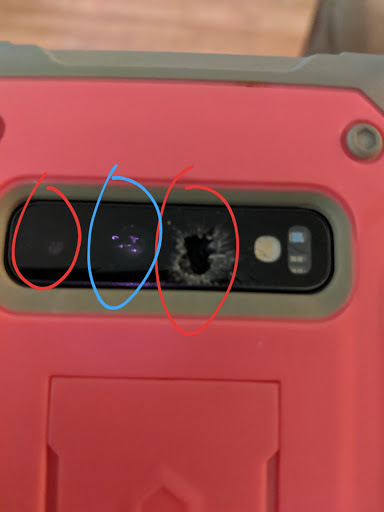 I always use that middle camera (circled in blue) for photos. I continued to do so every day until I took my phone into a local repair shop to get that glass piece replaced. The pictures were perfectly fine (I also did test the other two cameras and they were both fine which does include the camera where the actual break is), minus a bit of a glare depending on where the light source was. Here's a picture I took yesterday right before I took my phone in:

As you can see, it's perfectly clear. If you know where to look on the picture (near the bottom of the bag, to the right of the strap on the bag) you can see a bit of a white glare - that's from light boucing off the broken glass.

Later that day I took my phone into the local repair shop for him to relace the flat glass piece that sits over those cameras. I paid for the service, and went about my day finishing errands. Once home I went to take a picture, and I noticed that the entire shot was blurry. I tapped on an object to tell the phone to focus on it, and it wouldn't. I confirmed I was using that middle camera, as I ALWAYS do. I put my finger up to the camera and it went into focus, but when I moved my finger an INCH away it would be blurry again. Again, tapping on my finger within the phone did not focus. Literally nothing at all happens. The phone doesn't even pretend to focus and fail, it just simply will not focus. So I began googling troubleshooting for it. I first confirmed nothing updated on my phone between the time he had it and now. Then I moved forward with ensuring the camera app was up to date, as well as the operating system - both already were. I reset the camera app settings to default, restarted the app and phone. I followed all the steps I could find throughout several websites (cleared app's cache and data, booted in safemode, cleared cache on phone's partition (excuse ignornace, could be using the wrong order of words), etc. The other two cameras on the back work just fine (the one for distance, and the one for really close shots) - the middle one is the only one that stopped working properly after I received my phone back.  Fast forward to today, I went back into the repair shop which is a one-man operation. He immediately dismissed me saying that the camera must have been damaged. I had photos available to show him that the camera was working absolutely normal, but he wouldn't even look. He continued to tell me that it must have been damage to the camera itself. He told me that it is probably due to a "microscopic scratch on the camera, that placing a new glass pane overtop of it has just amplified the problem". Except again, the damage to the glass part was on the camera beside this one and the camera was in absolutely perfect working order and now it's completely not.

To me, his reasoning sounds like an excuse. As he kept beating it into the ground, wouldn't entertain even holding my phone let alone looking at it, and was very quick to offer pricing the replacement of the cameras. But I must admit that I'm not savvy in this area. I'm a little tiny bit tech savvy, but when it comes to hardware like this - I know absolutely nothing.

I'm hoping someone with some understanding/knowledge would be able to confirm if what he's saying sounds legit, or if it sounds like I'm getting the run around.

Here is how the MIDDLE camera (blue circled camera from above) now looks when pictures are taken: 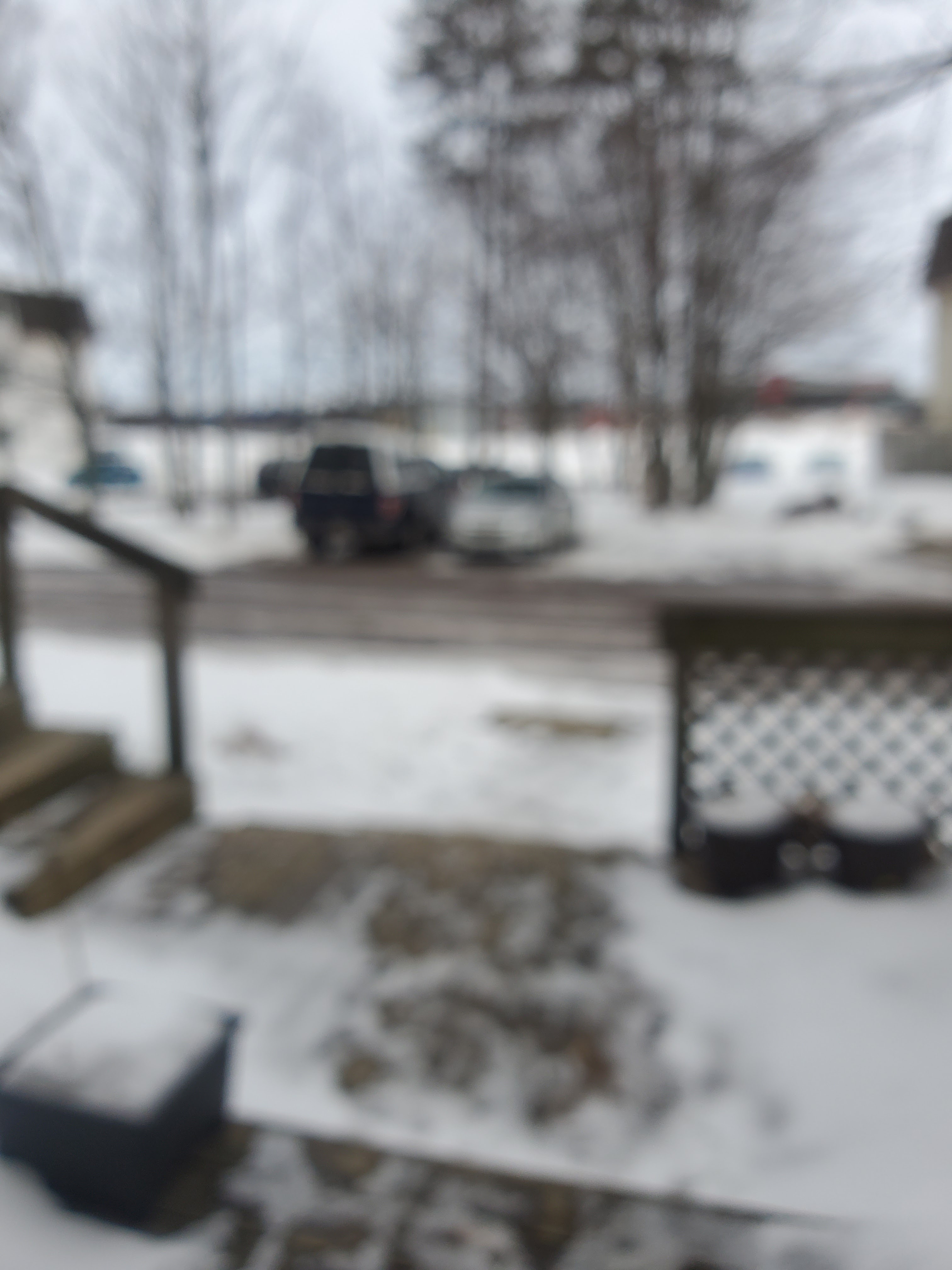 It will focus on an object up close: 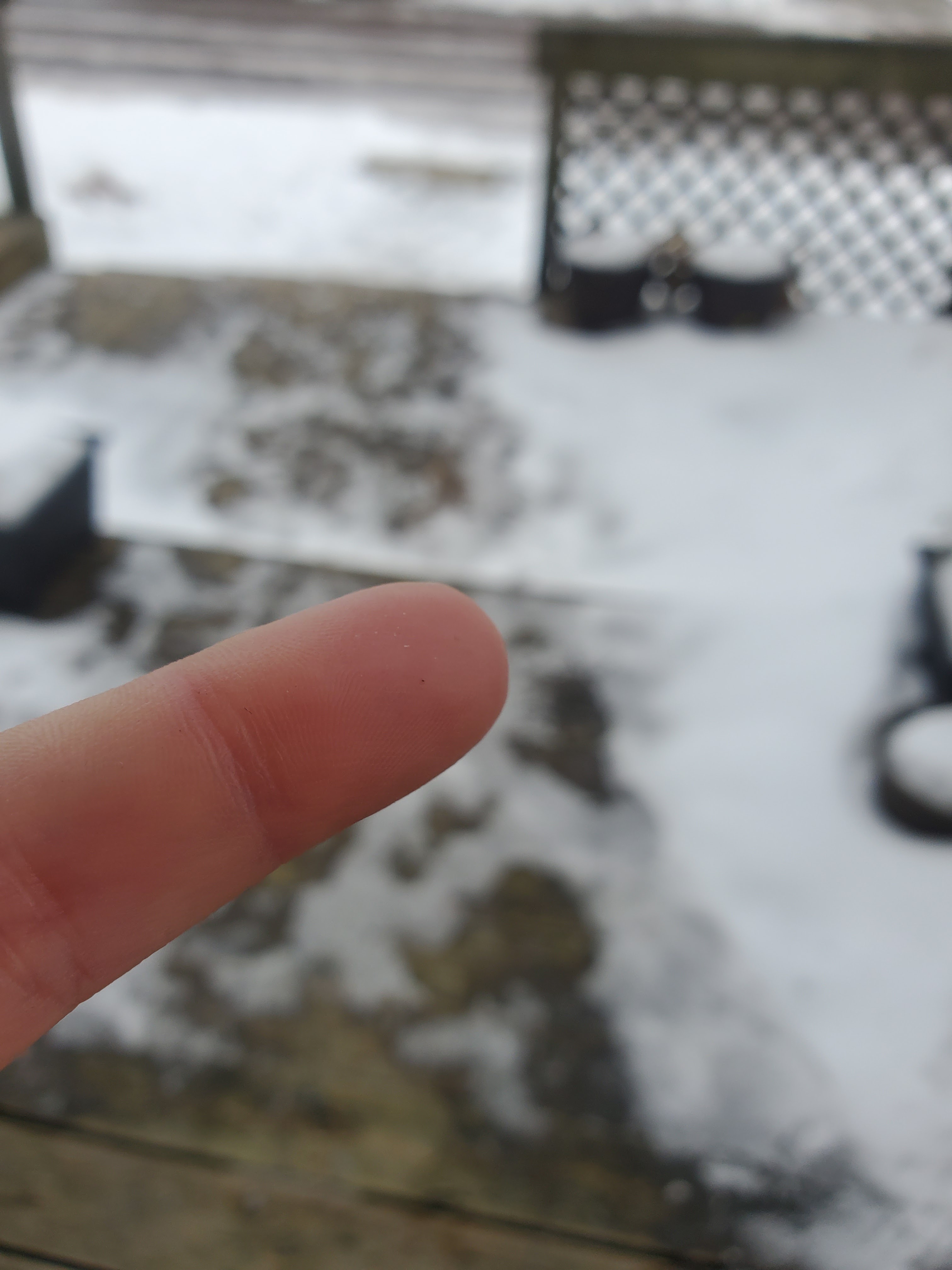 But when the object is moved away a small amount it goes blurry, along with the full background, and will not re-focus: 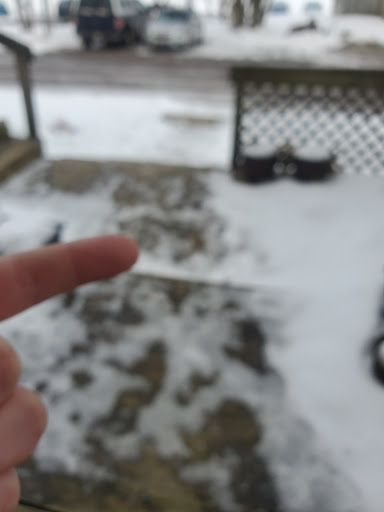 Again, this is the camera I've always used, and the one used in the above picture of my cat in a bag. I may not be that tech savvy, but I used that camera enough to know it's no longer functioning properly - and it wasn't where the break in the glass was.

Thank you for your time. I'd appreciate any and all help.