SM-G975U1 S10+ stuck in boot loop, turns on then off even after Odin reset (Any help appreciated!)

Hello, I'm posting this for help.

So about 4 months ago I turned off my s10+ and it started to auto-update, I forgot about it and went to sleep the morning after it would boot properly, I had the phone for 4-5 months prior and It worked fine with nothing more than a couple of small cracks and no damage. The issue was that It turns on for about 2-4 seconds and flashes the logo thingy then turn off I could still access all of the keystroke menus do all the resets and tests just fine so I knew it had to be firmware.

I just today installed G975U1UES3DTDD on my phone via Odin 13 and It worked perfectly and About 6 hours later while I was skateboarding my music cut off, I tried to reset it and even reset the cache, To no avail as it started the same boot loop I was stuck in before.

I'm posting this as I have no clue whether I should reinstall? or if it will just do the same thing 7 hours later... I have no options left as Samsung won't help me even though it is a firmware issue with their own software and device... 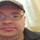 It looks like you have modified the linux colonel using Odin. this might be reason for the bootloop. I would have the device re flashed with a Samsung rep or service center.
0 Likes
Share
Reply
Reply
Loading...
Highlighted