Google has made the decision to bypass the carriers to finally bring texting up to par on Android with RCS. I think that was a great move vs. waiting on the carriers to do something. The only issue is when it comes to Samsung messages they have to wait on the carriers to release RCS. I think it would be beneficial to the android ecosystem and bringing texting up to par for all Android users to scrap the Samsung messages app and pre-install Google messages. I know it may not go with the flow of One UI or the way it looks but I fear that without Google being able to release RCS for Samsung messages while bypassing the carriers it won't end well. If the carriers plan is to not fix this until 2020 what happens if that falls through? Then we may not have RCS on Samsung messages at all or compatible with Google's app until late 2020 or later. Then all of android texting is up to par except Samsung. At that point Samsung becomes the "iPhones" of android not being able to text other androids like normal. I personally use Google messages and I have Sprint so I've had RCS for a long while and it's awesome. It's sad though that I can't text another Samsung user and have the same experience because they use Samsung messages and are on a separate carrier that doesn't support RCS. Please Samsung bite the bullet and make the switch. I know it's a lot for you guys to think about but try and look at the bigger picture. This would allow all Android users to text with great features no matter what carrier or what phone maker while making it a good reason to come to android and competing with iMessage. There is a good chance that the carriers app will fall through and they will continue to drag their feet on making texting on Android a better thing. Google made the right decision to flip the switch because they want texting on Android to be better. Samsung PLEASE make the right decision. If anybody agree feel free to comment and like 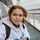 For?? Lol is that a good thing I'm assuming?

I agree, dump the Samsung Messenger it's a waste of time and I'd rather have Android Messenger.

In fact Samsung should dump almost 99% of their apps as they are useless and redudant to apps that are already out there and do a much better job.

I could hardly disagree more. In every instance where Samsung and Google have comparable apps that I've tried I much prefer Samsung's software. Samsung's software is a pretty big part of why I like their phones so much.

For one, what makes you think I'm using Google for the apps? I'm not, you know there is a whole playstore with apps from other people and companies. Broaden your horizons.  Just an FYI, I go in and uninstall as many preinstalled apps from Google as I possibly can. Which is yet another sore spot with Samsung, forcing me to keep apps I don't want... Disabling is not the same as uninstall.

Google apps are as bad as Samsung apps in most cases, though as for a messenger Android Messenger is miles ahead of Samsungs.

With or without RCS google messages still stinks only because if you delete a thread that contact's custom tone resets to default.
Samsung messages stinks for that same reason.

As for Samsung apps being no good, that's a matter of opinion.
The Samsung browser, smartthings, smart switch, flow, pay, secure folder, s note, are all good apps in my opinion.

With or without RCS google messages still stinks only because if you delete a thread that contact's custom tone resets to default.
Samsung messages stinks for that same reason.

As for Samsung apps being no good, that's a matter of opinion.
The Samsung browser, smartthings, smart switch, flow, pay, secure folder, s note, are all good apps in my opinion.

You do realize that just password protecting an app is much better than that secure folder, yes? No? And that secure folder is a recode of what other companies have from Android of having the ability to have different users. They would have been better off leaving it be, then spending time and money recoding something that doesn't even work correctly. . I downloaded an app that can lock an app, easy peasy and don't have to move an app here and there into a secure folder that isn't all that secure.

None of the other things are worthwhile either.

Samsung Pay on Samsung's flagships is very worthwhile over Google Pay in much of the U.S., additionally Samsung Flow is at least quite handy on Windows while Microsoft works on better phone integration.

Also, I prefer Samsung Internet to Chrome and Samsung Email is leaps and bounds more useful and pleasant for me than Gmail.

I don't use Samsung Pay or Google Pay... Taking my cc out of pocket isn't that much of an effort for me and IMO is faster.

Don't use Chrome or Samsung's browser either, I install one from Asus. I use Nine for email as well.

There is a whole world of apps outside of Samsung and Google that are miles ahead and actually work correctly because they get updated.