I have the Samsung Factory Unlocked version of the S20+ (model SG-M986U1). This means the phone is not carrier-specific, it works on all carriers (CDMA, GSM) and supports both millimeter wave (Verizon 5G Ultra Wide UW) AND lower frequency band 5G (usually called Sub 6). The 5G UW super fast network is typically only available in highly populated areas (cities) because it that frequency signal doesn't travel very far and is easily blocked by buildings. However you will notce the Verizon 5G coverage map shows 5G as being pretty widespread across the country. Most of that is their Sub 6 5G Network which was launched in mid October 2020. The 5G Sub 6 network, to my understanding, is using some of the same frequency bands as 4G so essentially it's really an amped up 4G signal using what is called Dynamic Signal Sharing (DSS) (A lot of people don't understand all this.)

There was also an article that talked about these phones needing a software update to use 5G and supposedly the updates were pushed out right after Verizon announced their Sub 6 5G network launch in mid October. But the author wasn't sure if the Factory Unlocked non-carrier specific models would receive the necessary update. Considering Verizon and Samsung just signed a 6.5 Billion Dollar agreement for SAMSUNG to further build out their 5G network, I would be very surprised if it were the case the factory unlocked models didn't get the update.

The other thing is a lot of people just swap SIM cards when they get a new phone. With 5G in most cases, if your SIM card was issued may months ago, you need to go into the carrier store and have them give you a new 5G compatible SIM card. I honestly can't remember if my phone was showing LTE or LTE+ before and after SIM card change. I tested the bandwidth after the change and in a strong signal area got 60mbit download but I didn't have a pre-SIM swap test in that area to compare to unfortunately. 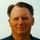 This is the best asked question I've seen in a long time.
FYI, my phone and carrier is the same as yours. I have the LTE+ symbol, not the 5G symbol. My provider version is also the same . I don't live near a large city zip so no UW 5G.
0 Likes
Share
Reply
Reply
Loading...

I chatted with Samsung Support and according to Samsung, when connected to Sub 6 5G (not ultrawide millimeter band 5G) the phone will show LTE+.

I'm really surprised your provider version does the same because it seems to me you could end up with a customer PR/Support nightmare with all these people these holidays buying a "5G" phone and 90%+ of the time it shows LTE+ and not 5G on the display so they'd get swamped with people asking why their phone is not connecting to 5G.