New Unlocked S20+ 5G No Voicemail App on the phone

As stated, there is no voicemail application anywhere on the device. I have tried installing several but none of the Samsung ones I have found are supported. 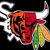