Galaxy S20
Whenever an iPhone sends me a video it's always pixely and so hard to view. I'm just wondering if there's any way to solve this to recieve clearer videos. Thanks!
1 Like
Share
Reply
4 Replies

Galaxy S20
Good Evening SavannahSmilez, I hope you're doing well. The only thing that can be done to rectify pixilated videos is to send them directly using other messages platforms such as Facebook messenger, and other social media messaging apps. The reason videos sent from iOS users to Android users look pixilated is because first, Android messaging apps, Samsumg Messenger in particular, uses a Standard known as MMS which condenses media sent over the air, and second, Apple Designed iMessage to be more friendly for other iMessage users unfortunately.
1 Like
Share
Reply

Galaxy S20
Oh okay. Thanks a bunch for the feedback. So there's no way to upgrade from the MMS to a better quality?
0 Likes
Share
Reply

Galaxy S20
You could try uploading a video file to the Google Drive then sharing that link to iOS users so they could view a video file in higher resolutions and vice versa.
1 Like
Share
Reply 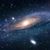 Galaxy S20
What platform do you use? Is it over cellular?
0 Likes
Share
Reply