In my home I have 3 Google WiFi pucks, 1 desktop, 3 laptops, 2 Roku TVs and 2 S20 G5s. My S20 G5 cycles between "connected" and "connected, no internet" pretty constantly, no matter where I am in my house (I don't go anywhere else that has WiFi).

I can be sitting at my computers or in the living room, streaming data constantly with no issues except on my phone.

My wife has similar but much less frequent issues with her phone.

I've done the network settings reset but am reluctant do perform a factory reset as backups are never complete.

Any suggestions beyond the obvious? I've power cycled my phone several times and am on the latest OS update from my carrier; Samsung's terribly coded desktop application won't let  you download updates to install to your phone to any drive letter but C: and I've partitioned my C: drive for my desktop OS and its direct dependencies (applications and data go on different, much larger partitions and drives).

Incidentally, tonight my phone refused to pair with my car's Bluetooth system (or even see it on scans). It received constant pairing requests from my vehicle, but repeated attempts to accept the request resulted only in more requests (I then declined and snoozed the requests for 24 hours just to get rid of the constant pop ups).

Thank you so much! Very simple solution and it appears to have done the trick.

Galaxy S20
worked for me for about 30 minutes then went back to doing the same thing again...
0 Likes
Share
Reply

I tried this solution but it did not solve my WiFi problem. The only working solution I found so far is turning off the GPS (location) mentioned here 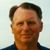