The first pic below is what I get when I take a picture of the moon, after it's been killed by the AI.  Its a round blob with some vague shadown on it.

The second is a screen shot of the camera app, this is the 'real' camera view and it's substantially better, you can see the craters much better and more shadow and other definition thats completely missing from the AI version.

I get the same results from a few things when they are really zoomed in, they look like a cartoon drawing of what the camera actually sees.

Is it possible to turn the AI post processing off and just take a picture?  I have tried pro mode, but this only allows a 10x zoom and it's quite a lot worse than the screen grab, but a bit better than the AI killed version. 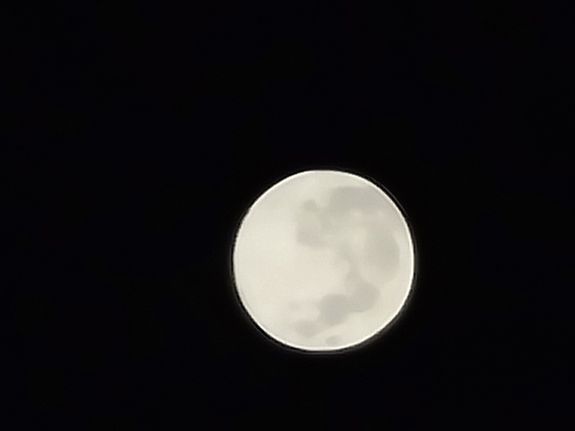 Photo of moon, taken with camera

Screenshot of the camera app when I took the photo

Re: S20 Ultra camera, better in preview rather than photo, AI issues?

Re: S20 Ultra camera, better in preview rather than photo, AI issues?

Yep. That was the first thing I noticed using the Camera and is a BIG disappointment. I hope that it get fixed as soon as possible. Zoomed photos are totally useless, they just look like a comic book.