Re: Broken Camera Glass 1 out of 4 phones

I have the exact same issue. Haven't had the phone for a month even and the rear camera is broken by itself.  Never have I ever put it in my pocket or even a table, when I put it for charging I have a leather puff I put it on. When I put it in my bag I have extra pocket i put it in so it doesn't touch any keys or any other surface, But still its a hairline fracture on the rear camera, paid 16 000 kr for it approximately 1600 $. Will check out tomorrow if it is possible to change the phone by warranty.  Seems like it is time to go over to a IPhone if Samsung is going to make such poor phones they cash in so much money of.  Feels like a total ripoff paying so much money for such a defect phone. And if it had so poor quality theyshould have written about it on their ad, thats its a self breaking rear camera. The phone feels useless and I have totally lost the taste of this phone by reading so many consumers have the same issue. Samsung recall your defected phones back or we will stop buying you products. I have been a user of Samsung phones since S2 came in the market and always sweared by their phones, but now I just feel ripped off:mansurprised🤬

Re: Broken Camera Glass 1 out of 4 phones

Exactly the same here .... 2 cracks across the camera lens .... In a Samsung case ... Never dropped ... I'm not understanding why Samsung are refusing to acknowledge this probl..em .... Also not sure what good if any these Samsung community sites actually do because they are certainly not listening to all these complaints ... Really bad and after being with Samsung for the last 9 years I will certainly be moving across if it's not sorted.

Welcome to the club.

Same here. I baby my phone but I just noticed I have a crack going from one side to the other......phone has been in a Samsung cas we from day 1 and never dropped.

Sorry about what happened to your device but for a device with physical damage it will need to be serviced by a Samsung service provider I would suggest looking at this website https://www.samsung.com/us/support/service/locations/

for your device to be serviced

We bought two S20 Ultra phones and they both developed the crack within 4 days of each other this week.

I cannot say whether this happened before or after I received it. As I don't know how carefully K inspected it. First view all looked great and its hard to see immediately. Some users in these related threads say they noticed it while looking at an angle. I thought it was a scratch at first. I also baby my phone and have not dropped it. Two thoughts: we put often put our phones down on their backs-the design should be able to tolerate this when handled normally. Also I'm not sure that cases are made that protect this part without interfering with the optics

Mine is exactly the same... The phone was days old .... Silence speaks volumes and Samsung not acknowledging tells us that we are going to be hit with large repair bills on this one ... For a phone of this price is disgusting. 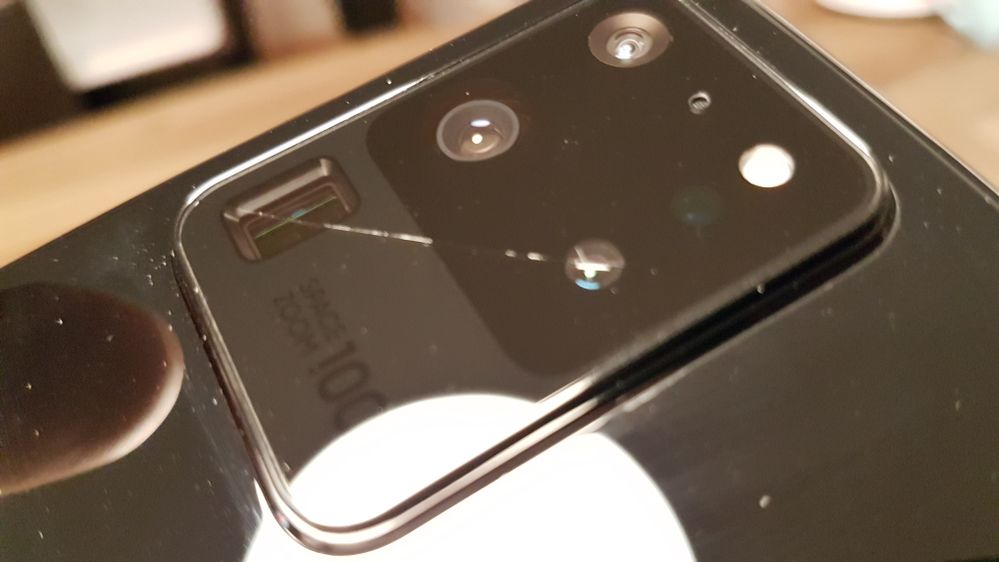 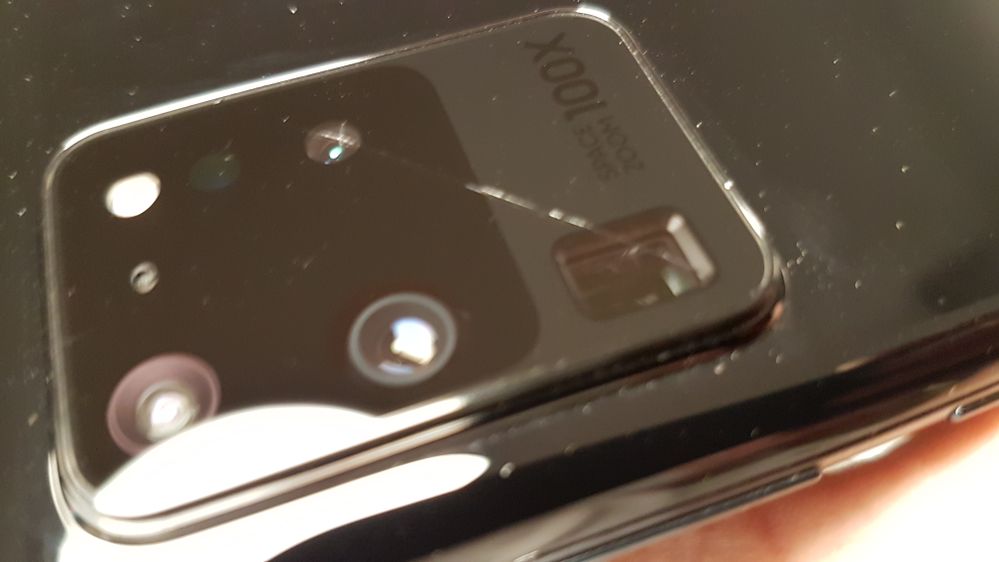 while in my packet the glass of the camera broke. like a hair line that goes from one side to another, someone else have the same problem? And what can i do now? There is any warranty that cover that?