Haven't dropped the phone once, has been in a case with front screen protector since day 1. Got the phone on the 25th of April.

Not sure how this happened and been reading bout other users experiencing this same issue.

Extremely disappointed in the response of the rep saying "physical damage" yet it's obvious that this is a wide spread issues as others have dealt with it. Instead of owning up to it and saying "yee we messed up with the materials on the backside, let's take care of it" they are just trying to sweep it under rug like Nintendo did with it's Joycons.

This become wide enough, wonder if there will be a class action lawsuit.

It made me question for a second, would iPhone users be told they are too and if not. That 12 looks good right about now. Real shame this is the outlook the company has taken.

Been a uuuuge fan of the Galaxy line for a bit.

Mine cracked immediately as well.  It was within the first week, and I'm not sure if it was like that when I got it. Was using the Samsung leather case with it, but switched to something with more protection as soon as I noticed the crack. This really stinks, it has always been babied and I never dropped it. It's the ultra and I have never charged it wireless at this point.

I really hope Samsung steps up and fixes these, because I love the phone other than this. If there is a class action lawsuit that you know of, please let me know.

My wife had the same thing happen to her s20 ultra. At first samsung told us they would fix i , now they are saying they won't and that it will be over $100 to fix. I think we've paid enough already to expect this phone not to crack in our pockets, especially with a protective case on it.

Have my s20 in an Otterbox defender, it was sitting on my desk face down. Used it last night to take some up close shots of my garden.

Go to take a picture this morning, and see this. https://i.imgur.com/ffqt58Fm.jpg

I live alone, and this makes it so my phone cannot zoom more then 5x.

Local repair (an hour away) is out of stock of repairs until Covid passes. 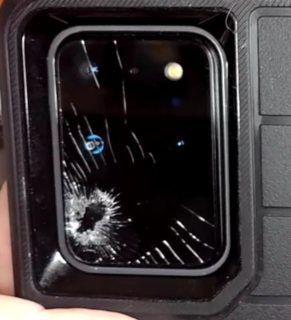 I'm starting to wonder if Samsung might just recall all the S20 ultra models and brick the line.

Why have a £1199 cellphone with crippled autofocus, this is obscene.

Perhaps due to a hardware limitation this will never be resolved. The best bet looks like the S20+ or even the gaming phones being launched later this year. Not many carriers will offer these gaming phones on contract which takes the biscuit.

Oh no...  today I realized my camera lense so does have a hairline crack going from side to side.  About mid way on the lense.  The vrack doesn't go in front of the actual lense tho.  But i never dropped my phone.  So I came to the forum and noticed this has been a issue with alot of phones.

What are you guys doing to crack it? This lady tried to break the camera by dropping it multitple times on a concrete sidewalk and couldn't: https://www.youtube.com/watch?v=1NZH6-5-xFQ 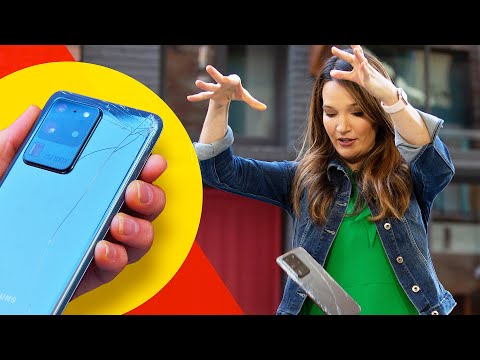 Galaxy S20 Ultra drop test
youtube.com/watch?v=1NZH6-5-xFQ
Samsung's Galaxy S20 Ultra is really expensive. That's why we tested its durability by seeing how it holds up after a few drops outside.Subscribe to CNET: h...
0 Likes
Share
Reply

As states, I have never dropped my phone. Even if I had, it's in the OtterBox defender case.

My best guess is temperature changes. I live in a cold climate, and indoors can be quite drastic change.

Unfortunately, a crack is never covered under any form of manufacturer's warranty so there would definitely be a charge to repair the camera. You can either contact 1800-SAMSUNG or take the phone to a Samsung repair center to service it.

No repair center can do it due to lack of stock from corona virus, I called several. I can't be without a phone for a few weeks, so I'll have to wait for it for now. (Also already contacted the repair service, as I mentioned, no stock!)