Samsung Galaxy S20 is WORST PHONE OF ALL TIME

Why is every newer phone Samsung makes so much worse than the last? Here is a list of reasons to NOT purchase the Samsung Galaxy S20. NO LED notification. This is crazy!! i have to open my phone and manually see if i have received a text or missed a call. THERE IS NO OPTION TO BE VISUALLY NOTIFIED OF MISSED TEXTS OR CALLS. The edge lighting does not work and IF it does only for less than a second when the text comes in so you can't EVER take you eyes off of the phone if you're waiting for a response.  That right there is enough to never buy a samsung device again but they also have removed multiple app visibility from the open app screen. WHY!! what's even the point of that button now? If I can only see one open app at a time i might as well just open from the app.  The "always on display" is ugly and not wanted at all. You can turn it off but you will lose most functionality. The lock screen has to be unlocked TWICE every time. No way around it unless you use face recognition which is not secure at all. The screen goes all the way to the edge. leading to missing functionality of many previous tools and makes it so the screen is never completely visible while holding.  If we wanted an iPhone we would have bought one. The new Samsung phones got rid of everything that made them better than iPhone, They are just worse versions of whatever iPhone is putting out these days. I used to be the only one defending samsung over Apple every where I go. Now i will tell everyone what a terribel product Samsung is pushing. Fix at least most of this or you have lost a customer for life. The Galaxy S20 is EASILYthe worst phone i've ever owned in 20 years.

Galaxy S20
Thanks for the heads up I was going to buy one. Everything you mention I use or need or don't for gaming. I didn't want to buy a iPad but for gaming I might have to
0 Likes
Share
Reply

Galaxy S20
My S20 works just fine. Only unlocks with my face, tried everyone else in household and stays locked.

Not arguing if it works. It's just clearly not secure. If you have sensitive info on your phone. Anyone can knock you down, take your phone and open it by pointing it at your face. It's either not be secure or have to unlock your phone twice every time. Cool gimmick but less useful. Wouldn't be a problem if you didn't have to swipe the screen for no reason to input a pin. 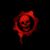 Galaxy S20
Its user because everything he has said means nothing to me, plus I have a Galaxy Watch 3 so I have notifications turned off on my phone
0 Likes
Share
Reply

Sounds like a reader error. It's easy to believe calls and texts wouldn't be a issue for a galaxy watch wearer though. For many reasons.

Galaxy S20
I agree. I was a walking ad for Samsung galaxy but no more! I loved my S6 and would have stayed w it forever but I cracked the screen. I've had a J ver an A ver and I went over my budget to an S20 FE. The data transfer was easy (and I'm not a techie) and it worked well for about 3 months. Now it restarts itself over and over which causes me to sign in every time! I wear a bluetooth hearing device and it goes out every time too. I have to pair it again as w my car phone and headphones. I have installed apps, device care...everything shot of fac reset. I know ur frustración and thinking about a. IPhone too. Good luck.
0 Likes
Share
Reply

Galaxy S20
Except for not getting missed call notifications, I 100% disagree with you
0 Likes
Share
Reply