Is anyone else experiencing connection issues on there new phone, mine will all of sudden not allow me to make calls out and data connection issues. I have to restart my phone to be able to use the mobile network and make and receive calls. I not sure if its a Verizon thing or a Samsung issue. 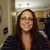 I been through the same thing with tmobile when I had gotten my s20 ultra last March. I had horrible signal, couldn't connect, missed calls and messages and had been on the phone with support over and over for months until I just switched my phone to LTE. They kept saying it was a Samsung issue, I called Samsung and they said it was a carrier issue. So I just gave up on 5G. Then in summer Tmobile announced that their old SIM cards were causing issues with the 5G phones on their network and to get the new SIM card to access their 5G network. Like I said, when I got the new SIM card I had no more connection issues. Like I said, it wasn't a Samsung issue, it was a carrier issue. The phone was trying to connect to a 5G signal and the SIM card couldn't handle that and was causing the signal to get "stuck"...no receiving 5G or LTE signal unless you shut off mobile data by going into airplane mode or restarting your phone. Doing that would free up the SIM card but then you would keep having same issue once the phone finds even a faint 5G signal somewhere and the SIM card would get stuck again.

US cellular is a little behind the major carriers as far as 5G adoptation and so they probably don't even know what's causing the issue yet. Eventually they will upgrade their SIM card as well, but since they are a CDMA network, you should change your network to LTE/CDMA and restart your phone. I understand your frustration, I went through it for about a month before I switched my s20 Ultra to LTE before tmobile released their new sim cards.

*if I have helped you, please LIKE this post. If I have helped solve your problem, please mark this as a SOLUTION. Hope you have a great day!
4 Likes
Share
Reply

To note: switching to the LTE/CDMA, does not prohibit 5g. I'm traveling now and have it off global, and I'm getting 5g signal. Also it switched to 4g seamlessly. But occasionally I get no signal or errors.  I think the hand off from wifi to cellular causes issues also.

Galaxy S20
Same issue here on US Cellular network. I can't belive samsung is not addressing the issue. I have tried everything to fix the issue but still issues with both data connection and making and receiving calls. I am very hesitant to go with another samsung phone after this. I have had samsung phones for 10 years but this is ridiculous.
0 Likes
Share
Reply

Galaxy S20
this phone is a huge piece of junk. I never thought I would consider switching to Apple but my galaxy s10 picked up a better signal it is just a huge brick basically. I am going to return it
1 Like
Share
Reply

This phone is horrible!!!

I have to carry my tab A lte 8.4 everywhere now because the s21 is useless. If I want to Google search, watch videos,stream music or shop I have to use my tablets because my s21 won't let me do any of that!! It has taken a lot of self control for me not to throw it against the wall (s21 not the tablet).I had to catch myself today, because I was going to throw on the pavement. Let's not destroy a thousand dollar phone,let trade it in for $500 loss at tmo. Anything just to get rid of this galaxy headache 21!! Never again samsung!!
6 Likes
Share
Reply

Galaxy S20
What is the exact problem you are experiencing with your S21+? I have had no issues with videos, search or music on my S21 Ultra in the week I have had it.
0 Likes
Share
Reply

Galaxy S20
I can't search,watch I video, when I send pics; people get it the next day. I can't use ebay or PayPal.
but,I fixed it, I have tmo and I turned off the 5G. my phone works fine now with 4g lte.
0 Likes
Share
Reply

Galaxy S20
Gotcha, great 5G performance in San Diego so might be issues in your area for now. If you select access points, you might get better performance on one of the Sprint networks as you can choose those since they got integrated into T-Mobile. At some point I would imagine it will be more seamless.

@goyod6 I get 500Mb/s from T-Mobile 5G in my area. Everywhere is different.