Galaxy S20
So for awhile my touch screen stopped working on my s20 in the top right corner. Another problem I had was my phone would behave like I had clicked all over the screen at random, and that was happening very very often, like every couple seconds sometimes. I have restarted the phone many times and it did not help. I originally thought it was because my screen was cracked but I decided to look it up here and apparently several other people were experiencing the exact same problem after the last update. Now after this update (April) my phone has stopped doing that but I have a new screen problem that I didn't have before which is that my phone screen stops working all together after about 10 seconds of use and I have to turn the screen off and back on to use the screen again. It also is still randomly clicking but not as often. Has anyone figured out a fix?
2 Likes
Share
Reply
2 Replies

reproduce each issue then report each one separately to samsung using samsung members app > get help > error report. 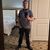 Galaxy S20
I have also experienced same issue with my s20 note screen as if i pressed all over. Then biometrics stop functioning locking my phone at first I thought maybe because of how my fingers have cuts it (because of work) can't recognize them anymore but then starts working eliminating working hands, also took screen being dirty hands being dirty but not the case.
0 Likes
Share
Reply