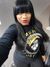 Have anyone been experiencing any issues where you aren't able to download mms with the Samsung messages app but it only works with Google messages? 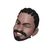 Galaxy S20
Yes I guess they at moving more towards Google messages. I'm wondering if they are trying to get rid of Samsung messages now.
0 Likes
Share
Reply

Galaxy S20
I understand but why would the new galaxy phone such as the s22 have Google messages as the default and not Samsung. Mine came default with Google messages, though we have the option of switching it back to Samsung message.
0 Likes
Share
Reply

Galaxy S20
Same thing with phone and contacts app. I get double the notifications for missed calls and voicemails. Just haven't had the brain bandwidth (& PATIENCE) to call carrier for help
0 Likes
Share
Reply 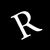 Galaxy S20
I assumed it was a carrier issue. I gave up on Samsung messages and went with Google messages. It seemed to start when RCS started to become the focus. Att had RCS for select models and during this new direction decided to make Google messenger it's preloaded service for all future models. I highly suggest not going through the aggrevation and make a switch. I spent countless hours with samsung and carrier support, had numerous device resets, and an equal amount of frustration with no resolve. Honestly, Google messages has been far more reliable and while it lacks with some Samsung features (pinned conversations, sorting, headline bar announcement, message backgrounds) it has exceeded in many other areas. Google has increased the ability to pin 5 messages now, message contrast has improved, sorting slightly improved, you can sent as a SMS verses RCS when reception is limited, pinch and zoom font size feature added, etc.

Google messages still lacks regarding shared media. Samsung allows you to see all shared data with a specific contact. Google does not. Samsung allows group attachment downloads in messages and Google requires you to download each attachment 1 by 1.

All of this is trivial though. Sending and receiving messages reliably is the most important factor and Samsung messages has gone horribly off track with this.
1 Like
Share
Reply

Galaxy S20
You're right, I did call my carrier thinking it was something in their end but in inclined to believe you and just use Google messages. Thank you, at least I know I'm not the only one having that issue.
1 Like
Share
Reply